You know those alignment memes that categorise what sort of person you are when you perform a certain task? Yeah, I often find myself on the chaotic side of that chart. I’m that person you love to hate – the one who marks the page they’re on in a book with a dog ear or the idiot who starts writing a news story inside the CMS. It turns out that in Battlefield 2042 I’m no different, and, after recently getting a chance to play the game ahead of the Battlefield 2042 beta, I’ve discovered I not only embrace chaos, I enjoy creating it.

You see, not long after spawning in for the first time on Orbital, I found myself ordering a tank from the buy menu and driving around various sectors blowing shit up. DICE and EA have long harked on about the capabilities of this truly next-gen game and I wanted to test it out.

But I wasn’t planning on just firing tank shells at anything and everything. I was planning to test the durability of things with the tank itself – or at least, that’s what I’m telling myself. Anyone who knows me, knows I’m a terrible driver in videogames – I’ve long been the sole cause for my entire squad’s death in battle royales like PUBG: Battlegrounds – so I used that to my advantage in this test environment.

From the outset, the destructibility of Orbital was pretty impressive. Walls can be blown away, pipes can be damaged to emit steam to provide cover for infantry, and buildings could be penetrated. But none of that really satisfied my love for chaos.

When I explained this to a colleague earlier today they asked me what more I could possibly want than an exploding rocket. It’s a fair question, I think you’ll agree, especially since you can blow up the entire launch centre and its runway with a few well timed shots, and one that I didn’t necessarily have an answer for. 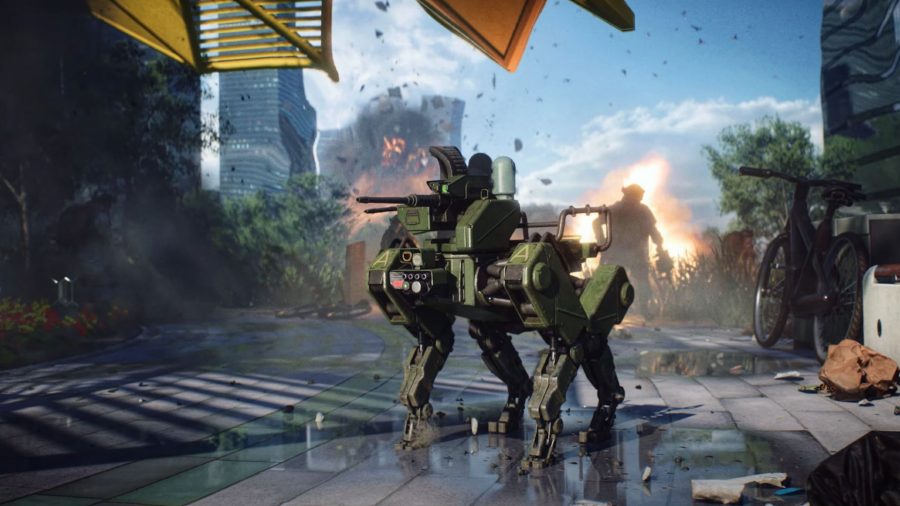 However, after mulling it over for a little while, I’ve realised what’s missing: large scale, but meaningful destruction similar to that found in previous games. When you were pinned down in Battlefield V’s Firestorm what did you do? You covered the house in explosives and blew it to high heaven. The external walls were breached, exposing the building materials between floor and ceiling, leaving an exposed shell that your enemies were forced to abandon. In Battlefield Bad Company 2, you could cause the ceiling of some building to collapse, killing the squads that were camping within.

When I was in a tank, I didn’t feel like I posed much of a threat

In Battlefield 2042, I didn’t feel like that level of personal destruction was available – at least not in the games I played on Orbital, and especially not in the ones in which I drove a tank around trying to damage the terrain as much as possible. Sure, the levolution of the rocket taking off or exploding is absolutely fantastic and needs to be experienced, but after that things just felt a tad stale.

Orbital is a sniper’s haven with many buildings, towers, and hills overlooking the main causeway leading up to the rocket. Except, when I was in a tank, I didn’t feel like I posed much of a threat to them since I couldn’t bring down the tower they were sitting on. Sure, I could punch holes through buildings, but I had to rely on a bird to force a rotation and that to me doesn’t feel right.

I am acutely aware, though, that I’ve only spent time on one map – with one levolution and a set pathway to destruction. Based on things DICE has said so far, it sounds like there are bigger and better things to explore.

However, as someone who lives for chaos, and as someone who has also been concerned by the lack of destruction in both Orbital and the trailers thus far, I’m hoping that my thirst for blowing shit up will be satiated come the official Battlefield 2042 release date. 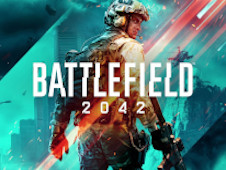