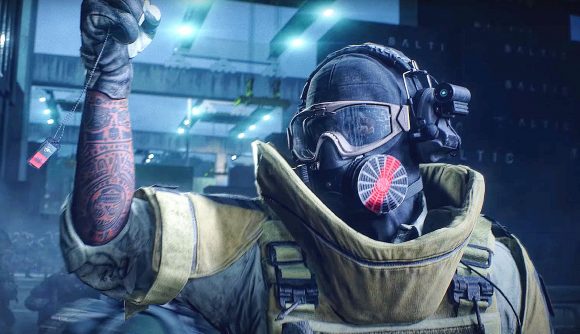 Battlefield 2042 officially releases today, opening the gates to players who didn’t pre-order the game for the first time. However, new players are already struggling to get past the menu due to a Battlefield 2042 black screen on launch.

This pesky bug happens just after the first loading screen and just before the game tries to connect you to the servers. At the moment, it appears to be affecting PC players mainly and DICE is already working on a fix more generally.

However, for those looking to get into a game before the next Battlefield 2042 update rolls around, the developer has issued a workaround for the Battlefield 2042 black screen on launch problem. There’s a different fix depending on whether you’re playing on Origin, Steam, or Epic, but they should all get you fixed up and ready to go in no time at all.

If you’re still having problems, DICE recommends deleting the game settings folder in the Battlefield 2042 documents folder. While this will reset your settings and force you to play the Conquest tutorial again, it will not reset your in-game progress – so you’ll still have access to all the best Battlefield 2042 guns when you come back.

Still not working? You’ve only got two options left before a full reinstall is recommended. These are checking your GPU drivers are up to date and temporarily changing the resolution of your monitor.

If that doesn’t work for you, the best bet is just to uninstall and reinstall the game. In our Battlefield 2042 review, which we gave a seven, Jess said old fans will enjoy the series, but it’s clear “DICE has some work to do.”