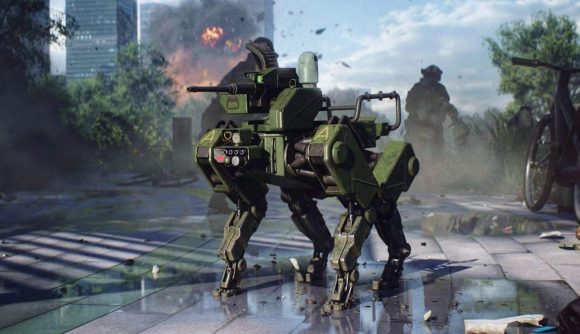 Cheaters have long plagued live-service online games, and while anti-cheat teams do their best to keep these players from infesting their game, they can only do so much. It’ll come as no surprise then, that DICE is getting ready to lay down the law for Battlefield 2042.

In a new blog post detailing the game’s community guidelines and reporting tools, DICE says it is planning to not only ban players who break the rules but keep them off of every platform they try to play Battlefield 2042 in an attempt to keep cross-play clean. This means that if someone is banned on PS4, they will also be banned on PC, PS5, Xbox Series X|S, and Xbox One.

“Due to cross-play functionality, when a cheater is sanctioned it will cause them to be instantly disconnected mid-match and permanently banned across all platforms,” the developer states in the blog post highlighting their efforts.

DICE goes on to mention that it still has the capability to apply IP and hardware bans for repeat offenders – something that will be welcomed by the community.

EA has also confirmed that Easy-Anti Cheat will be active for the Battlefield 2042 beta, as well as the full game when it launches. This should keep those problematic players at bay, but, if it doesn’t, a full reporting tool will be available to players in-game for the first time in the series.

Hopefully, these tools and cross-platform bans will lead to a smooth release for the game in November, ensuring it doesn’t suffer the same fate as other competitive FPS games online.