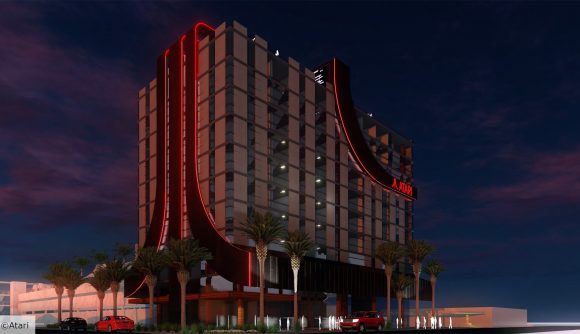 Atari is a name that will resonate more with the older gamer among us (or those who just really love Rollercoaster Tycoon), but now the company is trying to re-imagine itself – by lending its name to a chain of hotels.

Plans are now in the works for there to be eight Atari-branded, video game-themed hotels across the US, which will offer “a unique lodging experience” and promise to “level up hotel entertainment with fully immersive experiences for every age and gaming ability,” according to an Atari press release. Construction on the first hotel, which will be in Phoenix, Arizona, is set to begin later this year.

While the gaming-themed hotels will offer all the usual commodities you expect to find in such establishments, like a gym, restaurants, bars, and meeting rooms, they will also feature “immersive gaming experiences” with virtual and augmented reality games. Some of the hotels will even feature “state-of-the-art venues and studios to accommodate esports events.”

According to The Verge, the deal between Atari and GSD Group will see Atari will receive 5% of future hotel revenue and a $600,000 advance for lending its brand to the project.

As well as the first project in Phoenix, hotels are also being planned in Las Vegas, Denver, Chicago, Austin, Seattle, San Francisco, and San Jose.

So, in the not too distant future, you’ll be able to swap your boring business trip evenings of listening to a mediocre piano player in the bar to potentially having a quick scrim with the guy in room 108. Splendid.