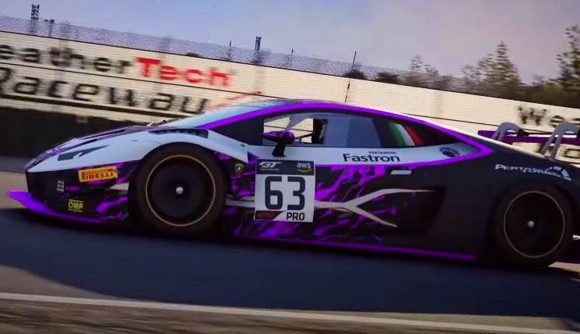 Lamborghini’s first ever esports event will reach its climax tonight as a grid of 12 sim racers go wheel to wheel at The Real Race Grand Finals.

The competition, which began with its first open qualifiers in May, saw thousands of Assetto Corsa Competizione players compete to earn a spot at today’s Grand Finals at Lamborghini’s HQ in Italy. The final 12 will thrash some virtual Lambos around two iconic tracks: the Circuit de Barcelona-Catalunya and Australia’s Mount Panorama.

Lamborghini is the latest big name in the sports car world to branch out into sim racing, and for good reason. As motorsport events around the globe stuttered to a halt due to the coronavirus pandemic, sim racing leapt in as the go-to form of entertainment for racing fans. This explosion of growth saw everything from the Formula 1 World Championship to the Le Mans 24 Hours race host their own esports events.

Sim racing’s time in the spotlight has won over and impressed swathes of traditional motorsport fans. That includes The Real Race Grand Final’s host, who has had plenty of experience on the world’s real racing tracks, but has now become a fervent esports fan.

“During the lockdown I got a good understanding of sim racing, how it works, and it really helped me learn about the esport,” says five time Le Mans winner and former F1 driver Emanuele Pirro. “It’s fantastic. But, a championship like Lamborghini’s The Real Race, which is so structured, tactical, and difficult to win has been a pleasure to watch. Motorsports are typically very expensive so it was interesting to see people with limited resources showcase their racing talents.”

Pirro is the perfect example of the motorsport fan who has been drawn into the drama and storylines of sim racing. He’s even gone on to compete in virtual events himself, including The Legends Trophy which featured other racing legends such as Emerson Fittipaldi.

One of the prizes for The Real Race’s top three drivers is the chance to set some lap times in a real Lamborghini. While your average esports star might tremble at thought of getting behind the wheel of a 600 horsepower vehicle, many sim racers have proven to be dab hands racing on real circuits.

While a lot of sim racing skills are transferable to actual circuit racing, there is one main area where the two disciplines differ.

“All racers need to have a strong control of their emotions to deliver the best performance under pressure,” Pirro says. “However, in virtual racing you don’t perhaps need to be as brave because there isn’t the risk of being injured. But you do need to take risks to push your skill and win so there are certainly a lot of similarities.”

If you want to see just how many risks the final 12 drivers will take at The Real Race Grand Finals, then you can watch all the action on esports.lamborghini. Coverage begins at 11:30 PDT (14:30 EDT/ 19:30 BST).