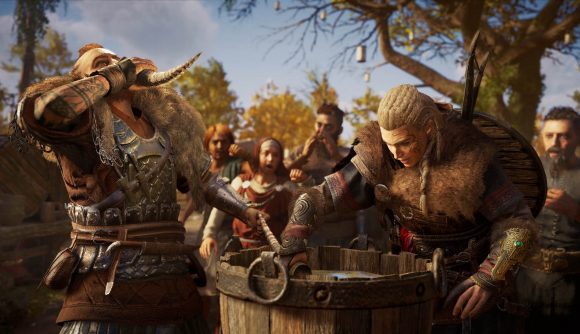 Assassin’s Creed Valhalla update 1.3.1 has been announced by Ubisoft and the patch notes for the update have also been detailed. 1.3.1 brings with it a host of game improvements, in addition to a new Nightmare combat difficulty, and River Raids updates.

Update 1.3.1 is the big Fall update for the game and is live on all platforms as of September 7, 2021. So, be sure to make some space on your platform ahead of time so you are ready for the update to drop.

The new Nightmare difficulty increases damage received by 200%, lowers the amount you heal by and lessens the parry window. Players healing strength is also now tied to their difficulty with this update.

As well as these major updates, there are plenty of smaller changes too. You can find the full Assassin’s Creed Valhalla update 1.3.1 patch notes right here.