During your time in Two Rock, you’ll meet a whole host of As Dusk Falls characters. This interactive adventure story, which we gave a 9/10 to in our As Dusk Falls review, follows the lives of two families –  the Holts and the Walkers – as their worlds come crashing down around them step by step.

The beauty of this game means that you’ll be able to take charge of their journeys, influencing how each of the As Dusk Falls characters will cope with this dramatic tale of a robbery gone wrong. Will they escape the nightmare that’s unfolding around them? You decide.

However, there’s more to the game than just the Walkers and the Holts – there’s a whole load of supporting characters who will ultimately play into your decisions as you progress through the As Dusk Falls chapters. We’ve listed only the main As Dusk Falls characters below to avoid spoiling the game too much for you, so it’s worth noting you might bump into a few unknown faces along the way.

These are the main As Dusk Falls characters:

Vince is the chap you’ll be seeing the most of in As Dusk Falls and that’s because you’ll be guiding him through the Walkers’ portion of the story. Vince used to be an aircraft mechanic until an accident at work put a stop to that.

His life was subsequently turned upside down and his marriage put in jeopardy, so along with his father – who he’s just been reacquainted with after years of no contact – they go on a road trip cross country in an attempt to move to Missouri.

Michelle is married to Vince, although their relationship is at a breaking point. She hopes that moving to Missouri – where she grew up – with Vince and Zoe will be a fresh start for her family, but she doesn’t know the half of it.

Zoe is the daughter of Vince and Michelle and you’ll see her twice during the story: once as a six-year-old in Two Rock and later as a 20-year-old working her way through college.

Zoe’s experience in Two Rock at the hands of the Holts leaves her traumatised and she’s struggling to deal with that even years later.

Jim is the estranged father of Vince who has recently reconnected with his son after years apart. The pair are still in the early stages of rebuilding their relationship but with Jim showing signs of dementia, time isn’t on his side. 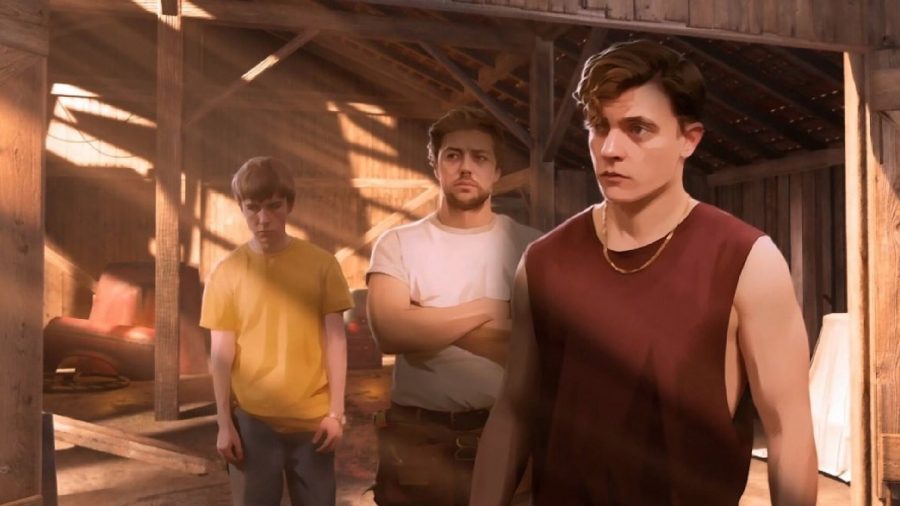 Jay is the youngest of the Holt boys and probably the one who gets in the least amount of trouble. But after he’s roped into a burglary that goes terribly wrong, Jay’s prevented from running away to the woods and forced to question his moral compass.

Dale is the middle brother with a chequered past. Previously sent to a juvenile institute for battery, Dale is known for taking risks and getting caught.

Tyler is the eldest of the Holt boys and he carries the burden of trying to look after them both. However, when a burglary goes wrong, Tyler has to rise up to that responsibility and try and keep the Holt family treading water.

Joyce is the owner of the motel in Two Rock which quickly becomes the centrepiece for this story. She’s built this place up from the ground and although she doesn’t get a lot of visitors, she’s a fierce woman trying to do the best for her son, Ash.

Paul is an old Vietnam veteran who swore he’d never pick up a gun again. When he returned to Two Rock he became a sort of jack of all trades, helping Joyce fix up the motel.

Dante is the sheriff in Two Rock and he’s made a name for himself by being a force of nature. With Two Rock being such a small place, Dante seems to know everyone’s business and that’s both a good and a bad thing.

As mentioned there are a couple of characters not on this list, just so we don’t spoil one of the many As Dusk Falls endings there are. If you are curious, though, you can find out more about the people behind the characters with our As Dusk Falls cast guide.