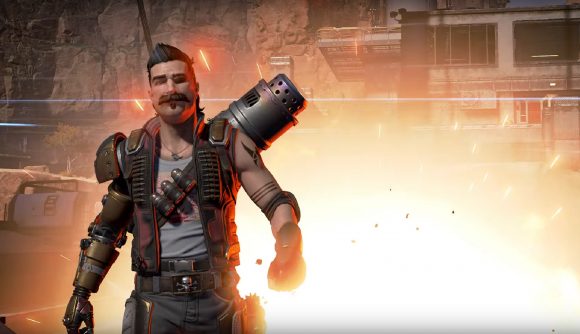 20/05/2021 ‘WeThePeople1’, one of the competitors removed from Twitch Rivals, clarifies to The Loadout that the drafting issues were “a misunderstanding”

Apex Legends’ Twitch Rivals tournament kicks off later today, including the game’s first ever European competition on Twitch’s headline show match channel. However, it’s the North American tournament that is grabbing the headlines, thanks to a mixup in the preparations that have caused the teams to be drawn and redrawn three times already.

The issues became apparent after the first draw, which saw some teams draft multiple Apex Predator-level players, despite efforts to make sure that did not happen. Players had been split into three categories, one group of Apex Predators, one group of Master and Diamond players, and one group of players Platinum or below. The latter group are team captains, and draft one player from each other category to create balanced teams – in theory.

However, it transpired that some players had climbed the Apex Legends ranks since submitting their application to Twitch Rivals, rendering some teams significantly more powerful than others. Twitch Rivals’ esports community manager, Blake ‘CloudFuel’ Tull decided to redraft the teams in order to prevent one team dominating the field and creating a boring competition, as happened with the last Twitch Rivals event in March which saw TSM’s Phillip ‘ImperialHal’ Dosen and Eric ‘Snip3down’ Wrona drafted to the same team and romp to victory.

However, more issues followed the second draft and the teams were drawn for a third time. It is unclear what caused this redraw, but it seems that there were still complaints about fairness and the balance of teams.

The third draw also left some players out of the $100,000 tournament completely, as their change in ranks had put them into a higher-tier category. Patrick ‘hundredz’ Kwon, who plays in orgless ALGS teams like Down With The Thiccness and 2 Rank 1 Pub, says “getting [Predator rank] this season actually just cucked me so hard,” in a tweet announcing his departure from the tournament.

It’s okay I understand our team could have been imbalanced after the redraft but I just felt like @TSM_ImperialHal or @sweetdreamsh1 or @retzi just made up for two of me. Just sad cause I got excited to play.

Four players hit Apex Predator rank this year, according to CloudFuel, which bumped them up a tier to the already-full Apex Predators category. Alongside hundredz, NRG player Nathan ‘nafen’ Nguyen, HRN player Jan ‘Euriece’ Del Rosario, and runner-up in the previous Twitch Rivals tournament ‘WeThePeople1’, are all no longer participating due to them hitting Apex Predator rank. They have been replaced with current Master/Diamond rank players, but have been assured that they can participate in the next Twitch Rivals event.

Got some bad news

I’m not gonna be able to play in Twitch Rivals. They said our team is basically too OP when other teams are better so I’m kinda upset. Taking the day off from streaming & I’ll be back soon.

UPDATE: Since publication, WeThePeople1 has got in touch with The Loadout to clarify his thoughts on the tournament. “It was a misunderstanding,” he says. “Cloudfuel is trying to balance the teams as much as possible and I’m currently [Apex Predator rank] and so is one of my teammates. [CloudFuel] does a great job for the community. Stinks I can’t play but I’m thankful just for the opportunity. Excited to watch today!”

However, since the third draw, streamer Christian ‘Nokokopuffs’ Feliciano says that he is taking a break from Apex Legends – including Twitch Rivals – explaining on Twitter that he is “straight up bored” of the game. Whether this will cause another redraft or Nokokopuffs will just be replaced by another player of his rank is as of yet unknown, but it’s another hurdle for the tournament to overcome.

It remains to be seen exactly how the teams will line up for the tournament later today, but everything is set up for a climatic competition where anyone could take the crown. As things stand, our money’s on Team Mulvana, though.