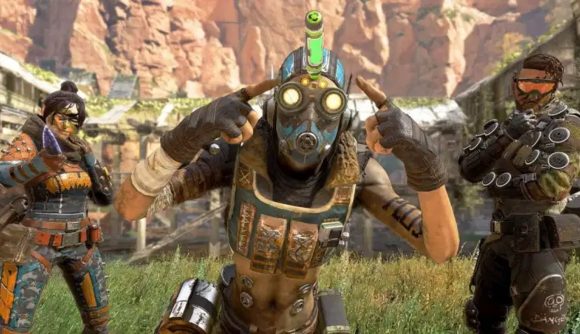 A Thai Apex Legends pro has got his team disqualified from a GLL APAC South tournament after his girlfriend played for him while he apparently used the bathroom.

Lertpong ‘Dexter’ Nakurai, Sinchai ‘Chambers’ Sotsiao, and Teerachock ‘Killoposz’ Muedin are a well-known trio in Apex esports. The Thai roster was at one point the best team in the world in terms of Apex Legends Global Series points, and still today holds the second-highest amount of ALGS points, topped only by T1’s South Korean team.

However, the players – who now play under the name Tom Yum Kung after they were released from organisation Made in Thailand – had their run in the GLL tournament cut short after they were disqualified for fielding a mid-game substitute. The substitute in question was Dexter’s girlfriend, after the player appeared to indicate he was feeling unwell and needed to urgently use the bathroom, according to a rough translation by u/nradit99. A Thai speaker has confirmed this to The Loadout. In order to prevent getting kicked for being AFK, Dexter asks his girlfriend to take control of his Wraith. All of this is happening on Dexter’s Twitch stream of the matches.

While the full VOD is not available, it doesn’t appear that Dexter’s girlfriend engages in any fights or assists his teammates in any way and simply follows them as they rotate.

However, a later clip shows Dexter’s girlfriend getting up and leaving his Wraith to die to the storm, meaning the rule-breaking choice to get her to play was all for nothing in the end.

Our source says they believe Dexter’s teammates are saying ‘can’t play’ to his girlfriend moments before she leaves, suggesting they knew they were breaking ALGS rules and could face punishment.

The Global Series rulebook says: “Any Competitor on a Team may initiate a substitution on their Team between matches in the tournament.” By taking control mid-way through a match, and also not being a registered substitute for the team, Tom Yum Kung was disqualified.