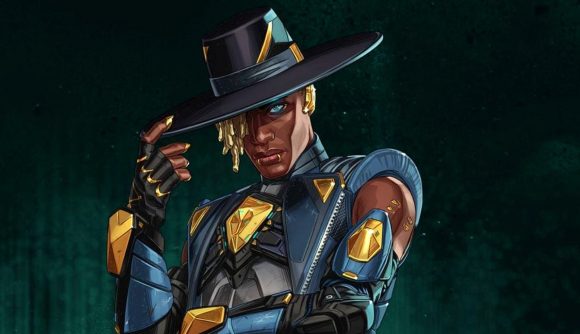 Mk. III Mobile Robotic Versatile Entity Automated Assistants (MRVNs), affectionately referred to as ‘Marvins’, have traditionally been downtrodden by Apex Legends players. These happy little robots simply wish to go about their programming and dispense loot to combatants to help them on their way, only to be brutally smashed up in return.

In fact, such is the sheer disregard for Marvin uhh- life that Titanfall even had a kills challenge which encouraged the destruction of these poor, non-threatening machines. But what if Marvins had their own dreams and aspirations, huh? What if they had hobbies and things that they cared about? Well, as it turns out, one Marvin has a soft spot for Apex’s newest legend, Seer.

Apex streamer Christian ‘Nokokopuffs’ Feliciano posted a clip to his Twitter showcasing the moment Marvin comes face to face with his idol. As it turns out, Seer’s idle animation has our sweet bot walk up to the legend, before asking for an autograph. Seer naturally obliges, signing the piece of paper Marvin gives him with a moth.

Marvin then excitedly shows off Seer’s doodle, instantly making you feel absolutely horrific as you think about all of the other Marvins you have mercilessly dispatched without a second thought – all of that oil on your hands.

MRVN is a big fan of SEER LOL. This was so good!!! @PlayApex pic.twitter.com/0lEz8x5B08

With Marvin canonically a Seer stan, it’s clear that we have finally reached the deepest level of Apex lore. Seer’s idle lobby animation definitely takes the cake for us when compared to the other legends’ – especially Revenant’s because no one needs that much fear in their lives. Terrifying.