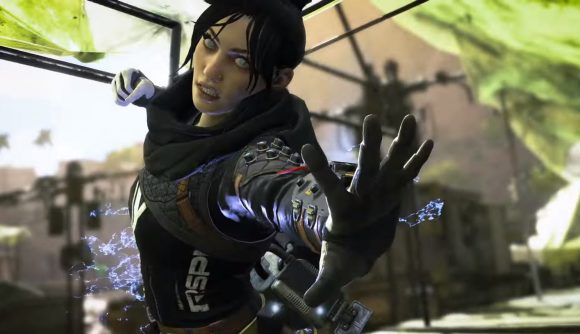 Respawn has revealed the patch notes for its Season 8 – Mayhem update, and eight legends are getting balance tweaks ahead of Fuse’s debut in the battle royale.

While the changes to Kings Canyon and the addition of Fuse and the 30-30 Repeater rifle are well documented by now, the balance changes to half the roster and a lot of weapon tweaks mean the meta is getting a good old shakeup for the new season. On the legends front, two of Season 7’s most powerful legends, Wraith and Horizon, are getting nerfs, while the virtually useless Rampart gets generous buffs in an attempt to up her play rate and win rate.

For Wraith, her hitbox has been increased to make her slightly easier to hit than in previous seasons. Respawn says it didn’t want to miss with her kit, so thought a Pathfinder-style hitbox tweak would make her slightly less overpowered. Heck, she’s at the top of our Apex Legends tier list for a reason. Horizon, meanwhile, is getting a longer cooldown for her Gravity Lift.

Rampart’s buff sees the angle of her Sheila turret upped to a full 180 degrees, and her wall is no longer 1HP during the building phase.

There are also changes to Caustic’s gas, Octane’s jump pad, and Mirage’s decoys, among others.

While none of the changes appear to be directly influenced by Fuse’s abilities, the tweaks could have an impact for players climbing the Apex Legends ranks.

Fuse arrives in Season 8, and he’s packing plenty of things that go boom. Pick apart the opposition with the lever-action 30-30 Repeater, explore an obliterated Kings Canyon, look out for all-new Gold Magazines, and more. Master the mayhem starting Feb 2. 🔥 pic.twitter.com/kFSPAnCDNk

In the weapons department, the very strong Volt SMG is getting a slight nerf, bringing its bullet damage down by one hit point. The Alternator gets the opposite change with a one hit point damage increase, as does the Spitfire. The Spitfire does now have slower reload times as a counterbalance.