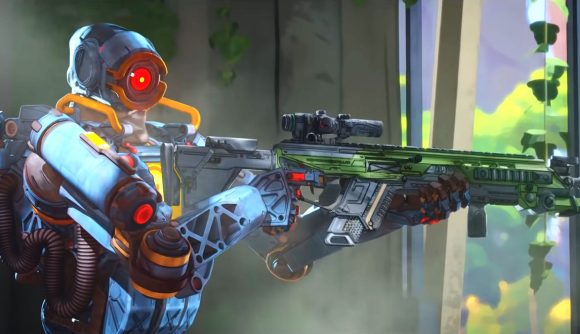 Apex Legends’ ranked mode is a tough enough gauntlet as it is, but for some of the battle royale’s top players, hitting Master or even holding on to an illustrious Apex Predator rank just doesn’t push them hard enough. One Apex pro has just completed one of the latest crazy ranked challenges by climbing from Bronze to Master as a solo queuer – but only using sniper rifles.

Danish pro player Mikkel ‘Mande’ Hestbek, who currently plays for SCARZ in the Apex Legends Global Series, finished off one of the toughest Apex Legends ranked challenges we’ve seen in a while on June 7. Telling his chat that he was simply “bored of playing normal ranked” matches, Mande has honed his skills as a marksman to snipe his way up to Master rank, all while solo queuing too.

While he was clearly exhausted and done with this challenge when that Diamond 1 icon finally flicked over to Master, the Dane clearly enjoyed having an extra layer of difficulty to this ranked climb.

After finally hitting Master on this fresh account, where he predominately used Pathfinder, Mande looks into his stats to see that he racked up exactly 650 kills, with 631 of those coming from his trusty sniper rifles.

He was also averaging around 1,500 damage per match, and ended his ranked run with an average K/D ratio of 3.28.

The entire challenge took him over 200 games to complete.

So, if you’re a high-level Apex Legends player who isn’t satisfied with simply stomping people in Apex Predator, maybe take a leaf out of Mande’s book and up the stakes a little.