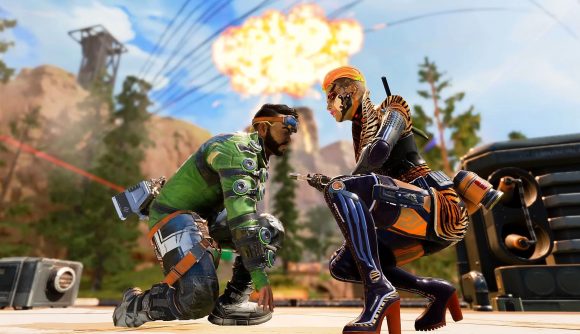 As another dose of seasonal content from Apex Legends approaches, so too does a new ranked season. In Season 14, we won’t see quite as many massive shakeups to ranked as we did last season, but we will have a newly-reworked map to play on.

In an interview with Respawn developers ahead of Season 14, The Loadout learned from lead level designer Jeff Shaw that for the first ranked split of Apex Legends Season 14, players will be dropping into the revamped Kings Canyon. Throwing the reworked map – which in the past has been criticised for not being as viable for high-level competitive play as the other three maps in the battle royale game – straight into ranked rotation is a bold statement. However, Shaw is confident that the changes that have been made across Kings Canyon will make it “more of a competitive map” this time around.

Various changes to the “map health” of Kings Canyon have been made, including better distribution of loot, a new POI in Relic, and attempts to make existing POIs like Cage and Relay less campy and enclosed. A full rundown of changes can be found here.

Shaw also shares that Storm Point will return for a second consecutive season in ranked rotation and will come into play for the second split of Season 14.

While it’s pretty much a given that the new Kings Canyon will also feature in the map rotation for the standard playlist, it’s currently not confirmed which other maps will join it.

So with a revamped map kicking off your climb up the Apex Legends ranks in Season 14, expect there to be a lot of experimentation in the first few weeks of the season. Once the Apex Legends Season 14 release date arrives, we recommend checking in with our Apex Legends tier list to see which legends you should be using.