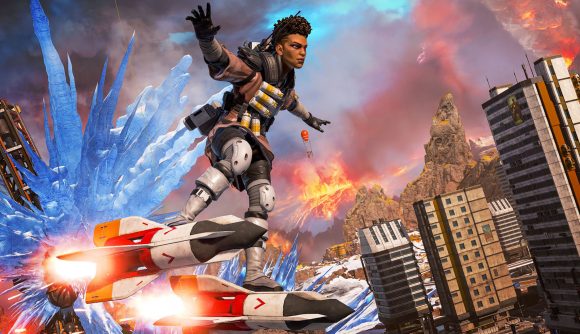 Recently, EA announced that it would be opening up the patent for Apex Legends’ industry-leading ping system to other developers for free. While the system is currently in the limelight, Apex developer Rayme Vinson took to Twitter yesterday to recall his experience working on it – and it involves important historical figures such as ‘Cervantes McEdgelord’, ‘Sith Lord Mazzy Star’, and ‘Penguin Assassin’.

According to Vinson, then-creative director Todd Alderman made the decision to map the system to the right shoulder button on controllers – usually the home of grenades or other utility items in most shooters – much to the dev’s initial disgust. However, as we all know, furiously pinging your assailant’s location while you’re down is far more important than lobbing Arc Stars. Alderman was right.

When it came to playtesting the system and figuring out what needed to be chopped, changed, and polished, Respawn initially had a small issue in that everyone knew everyone in its 60-dev team of testers, and they were all on voice comms. So, Vinson says, the team cut off voice chat, and assigned each tester a made up name at random – something which would ensure anonymity, but would also be memorable enough so that the testers could recognise if they’d been teamed up with them before.

Alongside the aforementioned pseudonyms, we’re also big fans of ‘Desert Beagle’, ‘Inquisitive Spaniard’ – an unexpected inclusion – and, of course, the iconic ‘CloudStrife420LOLZ’.

We completely disabled voice chat for a long time. The mics, as the elders say, they did nothing.

And names… we made up a list of random pretend names, and assigned them to you as you joined the server. pic.twitter.com/sDGpWPLXoK

Vinson says that, with the team muted and anonymous, “suddenly we all cared a ton about the ping system,” leading to what he reckons was five months of progress being made in two weeks.

It seems fairly obvious that a development team would want to emulate the player experience during testing, but nonetheless this recounting of events just shows how important that more authentic feedback loop is.