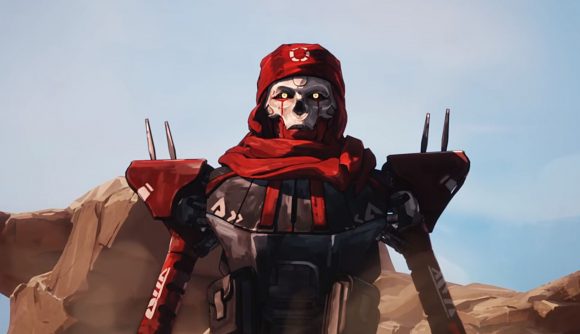 A map glitch which allows players to disappear under the map has been causing havoc in Apex Legends, but one set of streamers have managed to find a way around it. One of these streamers captured the footage and uploaded it to Reddit from the account u/itsjustblob, complaining that he has been “forced to run Revenant at this point” in order to counteract the glitch.

Several comments on the original post confirmed that this had been an ongoing issue in Apex Legends ranked matches for a while, and in some cases players had even played an entire round under the map after both squads exploited the glitch at the same time.

The match in question took place on Xbox, but this does not appear to be a platform specific glitch, and is instead a problem across the board. Apex fans will be hoping it’s fixed soon, otherwise the complex tactics of u/justblobs’ crew will be the only way to play.

The method involves using Revenant’s ultimate ability in perfect conjunction with Wraith’s ultimate ability to to outlive the cheating team under the map as the storm engulfs the last safe area. However, it’s a needlessly complicated fix for something which shouldn’t be an issue in the first place.

The Current State of Ranked from apexlegends

Apex Legends has been dogged with a few weapon glitches and exploits since launch, but over the past couple of seasons these issues seem to be growing larger. Whether that’s because there actually are more issues, or whether players are just getting better at finding them, is unclear, but this map glitch will no doubt be a continued thorn in the side of players until it is patched out.

For now, this at least offers a counter, but it also forces you to play as Revenant and Wraith in very specific ways, wasting both ults and generally taking the fun out of Apex’s combat. It’s a solution, but hopefully only a temporary one.