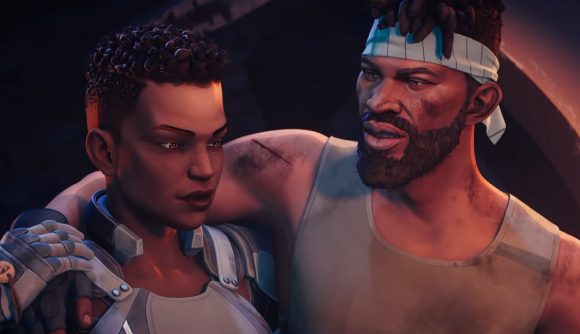 Season 13 of Apex Legends kicked off earlier this week and players are discovering a host of new updates and working their way through a new battle pass. However, some of the new additions are doing a good bit of heavy lifting when it comes to building out the lore and relationships of the characters in the game.

And, one of those relationships that already exist within the universe is Bangalore and Newcastle being siblings. A new lobby animation (spotted by ‘itslik2002‘ on Reddit) when both legends are chosen shows off the rivalry that has formed between both of them over the years adding a nice dose of levity to the serious matches that take place within the universe.

It’s always great to see this kind of touch in multiplayer games and battle royales as it really helps breathe life into all of the characters, even when it might seem minor in the grand scheme of things.

Alongside launching Season 13, Apex Legends has had a busy week, EA confirmed that the game has made more than $2 billion for the publisher in three years. Respawn meanwhile brought a hammer down on the Kraber and LMGs, nerfing them in the Season 13 patch.

If you are checking out the new season, why not take a look at some intriguing additions that have been added to the battle royale this week.