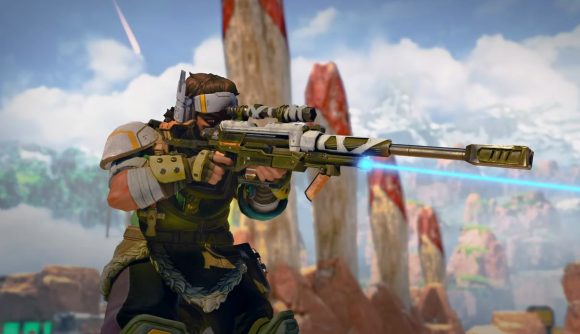 As any fan of the battle royale game will know, Apex Legends’ Kings Canyon map is getting a significant rework for Season 14. The iconic, original battleground for Apex has had many facelifts in its time, but with a big focus on “map health” and the overall gameplay experience, Kings Canyon Reforged will be the biggest rework to the map yet. But what do some of Respawn’s top Apex devs think this will mean when it comes to the Season 14 meta, which will be important as the map will be selected for the first split of Apex Legends ranked next season.

Game designer Eric Canavese predicts that, thanks to some POIs on Kings Canyon being opened up and exposed, new legend Vantage will excel with her sniper and could form a partnership with a currently underutilised legend.

“I think Vantage is going to be great,” he tells The Loadout. “I think some of the POIs that got adjusted like Hillside and Cage are really good for some mid to long-range engagements. Having the G7 Scout back [in the loot pool] and some buffs [to another long-range weapon], and having Vantage in the mix is going to create some really interesting gameplay that we haven’t really had a tonne of in the past on Kings Canyon.

“I also think Fuse is going to be really good as well, for some of the similar reasons, as he’s got a lot more range and influence over that long distance with his grenades, his tactical, and his ultimate. I think in those POIs, he’s also going to kind of pop off, so I’m really excited to see what Fuse and Vantage teams can do.”

Apex’s senior design director Evan Nikolich also predicts a shift in strategy across these reworked POIs in Kings Canyon. While he admits he’s not sure exactly how the changes will influence the legend meta, he says that campy, trap-based legends may not be as effective as they once were.

“I do think [the POI changes] give more tactical decision making,” Nikolich says. “Before, Cage was just like, once you owned the space, you dominated it. Control it, don’t push. Now it’s much harder to defend, and it’s easier to approach.”

“It’ll be interesting to see how [decisions will change], instead of just throwing a trapper down there with Watson or Caustic, and then kind of locking it down like that,” he adds. “Are you gonna need some more movement? Are you going to have more team mobility? How can you approach that now more safely?”

Nikolich also agrees that snipers, which were previously “devalued” on Kings Canyon, will potentially be more pertinent on the map for Season 14.

It looks like the reworked Kings Canyon, the introduction of Vantage, and more than likely some buffs and nerfs to existing legends, will all have a big impact on our Apex Legends tier list. Make sure you check in with it soon after the Apex Legends Season 14 release date to see which legends you should be dropping in with.