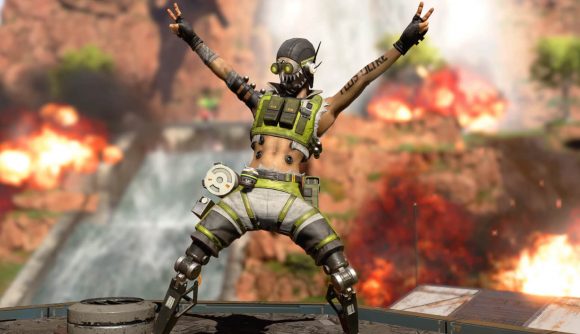 If there’s one thing that sets Apex Legends apart from other battle royales, it’s the sliding mechanic. There’s no better feeling than getting to the crest of a hill knowing you’ll be able to slide all the way down again.

Like a child with a sled waking up to a snow-covered street, the excitement of sliding around King’s Canyon, World’s Edge, and Olympus is comparable only to getting a team wipe with a Mozambique. Okay, maybe we’re overhyping it, but sliding is great – and it’s mechanically important, too, decreasing the size of your hitbox and giving you a small speed boost.

However, as is so often the case with competitive games – players have found a way to abuse the mechanic. Reddit user u/KremitOG found that rebinding their keys allowed their character to slide forever without losing momentum. The exploit is based on the fact that if you are sprinting forwards and tap to toggle crouch on and off quickly, you’ll be able to get some small speed boosts.

However, even pro players’ hands can only tap the crouch button so fast – and that’s why KremitOG rebound the toggle crouch button to their mouse wheel. This way, they could spin the mouse wheel and it would do all the work for them!

KremitOG confirms in the Reddit thread that they use the Logitech G900, which has the option to remove all resistance from the mouse wheel to infinitely scroll. The results are, well… Hilarious.

While Wraith’s little bobbing head is incredibly funny to watch, this could be dangerous if widely utilised in-game. I mean, do you fancy trying to get a headshot on her while she’s perpetually sliding across the map? The speed boost is largely negligible, but the smaller hitbox and increased difficulty of a headshot could make this exploit broken.

Other players in the thread had other ideas for how it could be utilised, however. Combining the infinite slide with Bloodhound’s Ultimate could prove devastatingly fast, or scrolling your mouse wheel while standing over a downed enemy could be the epitome of disrespect – and the fastest teabag ever.