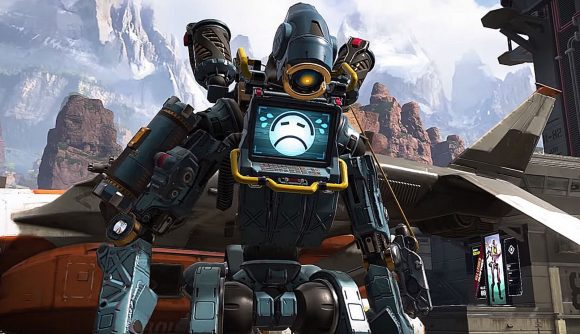 Apex Legends, like any battle royale game, sees players fight each other for victory in the perpetually contracting circle. Whether it’s gas, hellfire, or ‘unspecified zone’, the ring dictates where the final stages of matches take place, forcing teams to rotate through unfavourable choke points or rewarding those with vantage points in the endgame.

The Apex Legends ring, in particular, has its quirks and teams can often make predictions about its final position based on early information. However, as one of the few battle royales with large impassable mountains in the centre of the map and huge areas of steep cliffs and unswimmable ocean at the edges, some players have noticed the final circle can be very unkind. It is not unheard of for the circle to leave teams stranded between a cliff face and the deadly gas, or entirely finish over the ocean. Complaints about these situations affecting Apex Legends ranked matches regularly hit the official subreddit or go viral on Twitter.

However, this was rarely seen in competitive esports tournaments until last week. The final matches of the Apex Legends Global Series (ALGS) wrapped up with victories for BlackBird Ventus, LYNX TH, Counter Logic Gaming, and GnaskeStrafeDel. However, in the latter stages of GSD’s winning match, the final circle sat comfortably astride an impassable mountain.

You can see in a screenshot from the official ALGS stream that the two teams were stranded apart from each other, separated by an impassable cliff and the ring. 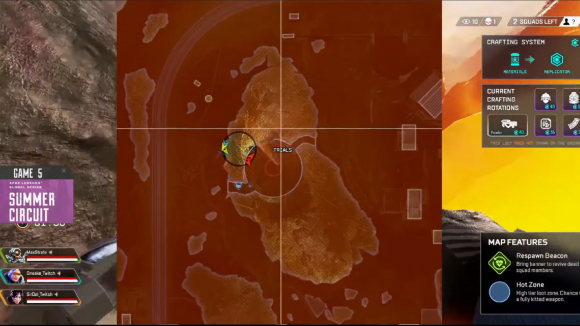 With GnaskeStrafeDel the only team on match point in the tournament, it looked like it could come down to which team had the most healing items to survive as the ring closed for the final time.

However, North decided to keep things exciting and pushed through the circle, but the extra damage they took while outside may have been their downfall. GnaskeStrafeDel emerged victorious, taking the EMEA crown. However, it might have been a different story if the final circle had ended up in playable terrain.

Despite the anti-climactic ending, three days earlier Respawn had announced they had “improved ring logic” in a number of updates to the game.

The patch didn’t seem to have an effect on the outcome of the ALGS tournament, although it must be said only one of the five EMEA matches ended in such a disappointing way.