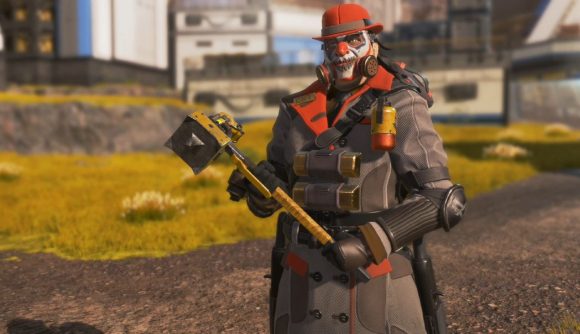 Respawn’s latest Apex Legends update has patched an exploit that was preventing players from playing. The patch comes after hackers have been locking high-profile players out of their accounts.

In particular, one of the battle royale’s biggest streamers Shivam ‘ShivFPS’ Patel, has been targeted while trying to climb the Apex Legends ranks on his Twitch livestreams. An Apex Predator-standard player, who has competed in the Apex Legends Global Series on numerous occasions and goes by the formidable moniker of the ‘solo-queue warlord,’ Shiv is known for his ability to beam enemies as well as his tirades against cheaters and stream snipers.

It seems likely that he was targeted in order to provoke one such tirade, but a hacker – possibly a cheater who goes by the name of ‘Tufi’ – has been regularly locking Shiv out of his account, forcing him to create new accounts every time he plays a new match. Eventually, Shiv figured out a workaround by using an indecipherable screen name, but the problem was clear.

However, things escalated in the European GLL Masters Spring tournament. A hacker gained access to the tournament lobby and again locked pro players out of their accounts. GLL postponed the tournament indefinitely “due to technical difficulties,” but as of yet it has not been rescheduled.

Hacker Tufi messaged Shiv about the tournament, implicating themself in the difficulties. “Hey Shiv, what do you think about GLL’s attempt to host a tourney today?” Tufi said. Seeing as Tufi was not in Shiv’s in-game party, they would have needed to use hacks to even send this message directly to the streamer.

However, today’s patch will hopefully prevent anything like this from happening in future.

Earlier today we patched an exploit in @playapex that was allowing players to target each other and—in some cases—prevent others from playing.

Respawn notes that it is “on the hunt for similar issues and will keep patching accordingly,” noting that the battle isn’t over and the developer will continue to tackle hackers when they inevitably reappear.

In the meantime, however, players should be able to get back on their ranked grind without fear, and the GLL Masters Spring EU tournament will hopefully go ahead, albeit later than planned.