Apex Legends’ Match Point format splits opinion, to say the least. It’s a system that the Apex Legends Global Series uses to find the winners of its biggest esports tournaments, including the ALGS Championship, which wrapped up last week. While every team that lifted a trophy was fully deserving, some fans – and some players – believe that there is too much luck involved with the system.

To win a Match Point game, teams must first achieve 50 points by placing highly in matches, or getting kills – and ideally both. Once a team has reached this threshold, it must then win one match outright to be crowned the tournament winner. This is where the controversy lies. Despite the fact that teams need to perform consistently in order to reach Match Point, there is an element of luck (based on the loot teams find or where the final circle pulls) that can impact the outcome of those crucial matches towards the end of a tournament..

“There’s no denying the power of the Match Point format in terms of generating drama and enthusiasm around the competition,” ALGS commissioner John Nelson tells The Loadout. Knowing who has won a tournament as soon as the final match finishes creates exciting endgames that are unique to Apex Legends esports, but not everybody is a fan.

South American ALGS Championship winner Paradox Esports is one such detractor, despite the fact that it won using the system. “I prefer the traditional format because it values the teams’ consistency more,” Leandro ‘N3LAS’ Domingos Francisco told The Loadout after Paradox’s win. His teammate Hernandes ‘Besk9’ Mateus dos Santos agreed, saying, “the Match Point format leaves something to be desired.”

While the ALGS commissioner insists EA is “always open to feedback” about its systems – especially in the offseason – Nelson is currently happy with Match Point and how it offers a variety of viable strategies to win.

“The balance that we have between placement points and kill points allows for a differentiation of strategy,” he says. “It allows for success, both in teams that are more survivalist and teams that are more aggressive. Both of those types of strategies can be successful. Sometimes it’s a survivalist team that wins and sometimes it’s the more aggressive team that wins.” 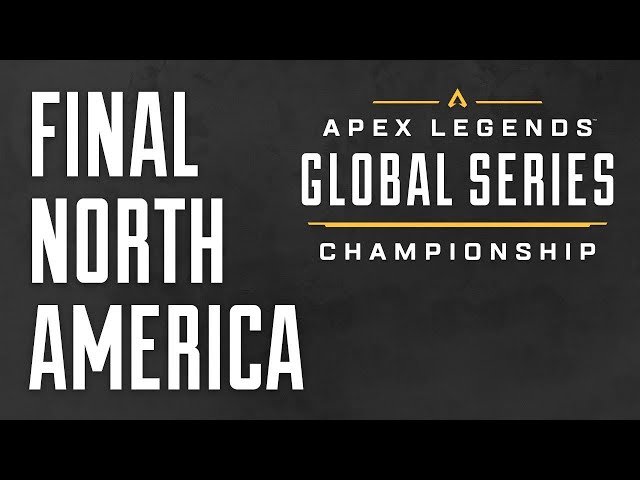 In the ALGS Championship, both strategies were employed and the North American competition was the most obvious example of this. Kungarna reached the Match Point threshold by consistently placing well, without getting too many kills. However, it changed up its strategy in the final match, winning the tournament with an impressive 11-kill game.

On the other hand, TSM reached Match Point mostly thanks to one excellent game in which its aggressive strategy paid off, winning the round with 17 kills. However, it could never quite clinch the win to seal victory of the whole tournament.

Match Point created the exciting end to match eight of the NA ALGS Championship Final, in which two of the final three teams could have taken home the trophy with a win. Ultimately, Sentinels was on hand to spoil TSM and Cloud9’s parties, but without that Match Point tension, without the “drama and enthusiasm” that Nelson loves about the format, that endgame wouldn’t have had the same impact.

MIKE TYSON PUNCHOUT IN A FINALS LOBBY! My teammates are INSANE pic.twitter.com/OJTuVLra0F

Was Kungarna lucky, or was it consistent? The North American team had the same number of top five finishes as Cloud9 in the Finals, and one more than TSM. As Nelson points out, Match Point offers the opportunity for survivalist teams to do well, and Kungarna took that opportunity with both hands.

Stay tuned for The Loadout’s full interview with John Nelson next week, in which he discusses the regional tournament structure, gives his response to allegations of cheating at the ALGS Championship, and looks ahead to the future of the Apex Legends Global Series.