The first winners of the ALGS Championship were crowned this weekend as the APAC North, APAC South, and South American regions played their Championship Finals matches. This weekend was the culmination of over a year of Apex Legends Global Series esports, and with significant portions of the $2.5 million prize pool on the line, the biggest matches of many players’ careers.

Fennel Korea and WolfPack Arctic took the wins in incredibly close-fought APAC North and APAC South regions respectively, taking home $177,319 each. In South America, the group stage’s dominant team Paradox continued its hot streak to take home first place, despite being pushed to the last by an in-form Fênix I. Paradox takes home a smaller, but by no means negligible, $109,333 for its efforts.

“Our hard work and dedication have really paid off,” Lucas ‘artiNN1’ Cafure, Paradox’s in-game leader, tells The Loadout following the end of the Championship Finals. “But this is just the beginning of everything that’s still to come.” artiNN1 could not have conquered the South American region without his teammates Leandro ‘N3LAS’ Domingos Francisco and Hernandes ‘Besk9’ Mateus dos Santos.

“I have no words to describe what I’m feeling,” N3LAS says after Paradox’s historic win. Besk9 agrees, saying: “It’s a different feeling from any other tournament, and a great happiness that I’ve never felt before.”

Some of that happiness is likely a taste of relief as well as elation, because despite getting two wins and 35 kills in the eight rounds of the Championship Finals, Paradox was one of eight teams on Match Point in the final round. While this is exciting for a neutral viewer, it meant that any one of eight teams could take the title by winning the round, no matter if they were near the top of the leaderboard or somewhere in the middle of the pack.

I hope we can have more visibility for our region

“The only thing I don’t particularly like is the Match Point format,” says N3LAS. “Because from my point of view, luck is a very strong aspect. I prefer the traditional format because it values the teams’ consistency more, which is a very important thing.”

His teammates agree that, despite the fact that the Match Point format helped them take the victory, the luck involved makes it less than ideal. “The whole Championship was perfect and well structured,” says Besk9. “But the Match Point format leaves something to be desired, I don’t think it’s the ideal format for a battle royale.”

“I thought the group stage format was really cool, it’s good to diversify it a bit,” artiNN1 adds. “But regarding the finals, I can’t say if I like the Matchpoint format, because whether I like it or not, some things went wrong and we managed to win anyway. On the other hand, I know teams would play differently if it weren’t for this 50-point format.” 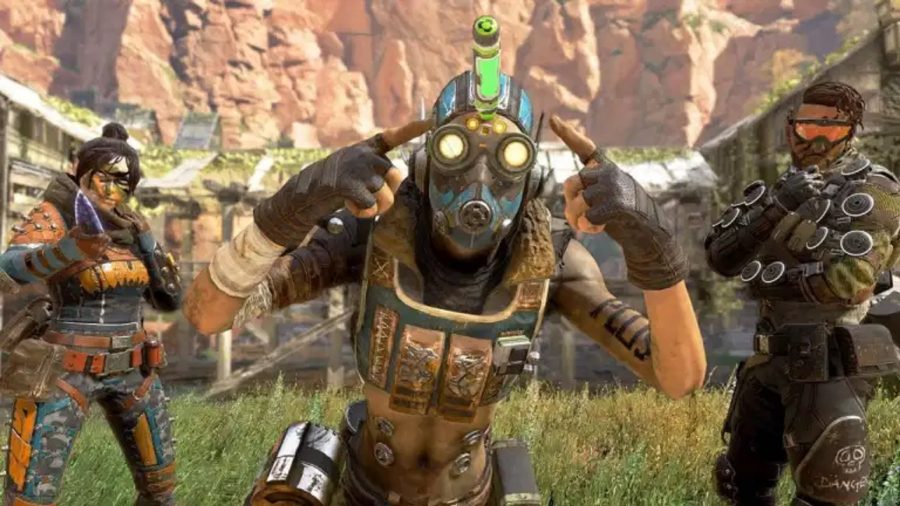 Despite the team’s qualms with the Match Point format,  it doesn’t stop Paradox from being excited about the future of Apex Legends esports.

Besk9 and artiNN1 are both looking forward to LANs, and see worldwide in-person tournaments as a chance to “show our strength to the world.” N3LAS is ready for another Apex Legends Global Series to begin, and hopes that South America will be better represented this time around.

[Our fans] give us strength to never give up

“I’m very excited to see the next Circuit, the tournaments scheduled for us, and also what will happen here in South America,” he says. “I also hope we can have more visibility for our region and a good and fair prize pool.”

South America had the lowest prize pool of any region in the ALGS Championship, and Paradox understandably wants that to change. Still, the players will take home around $30,000 each, which they plan on investing, using to buy an apartment, and in Besk9’s case, renovating his parents’ house with.

Despite their dominance of South America, the Paradox players remain grounded and humble in victory, and acknowledge the unwavering support of their fanbase. “I want to thank our fans who have always been with us,” says artiNN1. “They give us strength to never give up on bad matches and always keep our heads up.”

Even when things weren’t looking great, when Fênix I were leading the Championship Finals and Paradox’s commanding victories in the group stages looked like they would be for nothing, the Brazilian team knew their fans were behind them. The fans propelled them to victory, and ensured that Paradox will go down in the annals of Apex Legends esports lore as the first ever ALGS Championship winners.

N3LAS has an uplifting message for fans, viewers, and anyone trying to pursue their passions. “Don’t give up on your dreams,” he says. “I didn’t give up on mine and today I’m here. I’m grateful for everything.”