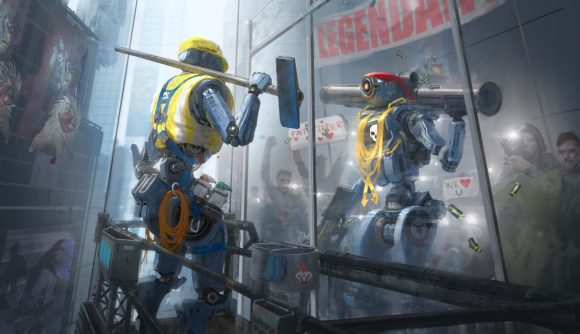 Apex Legends Global Series is the pinnacle of achievement for Apex Legends teams, and the quarterly Playoffs offer the toughest competition – and the biggest prizes. The Super Regional Playoffs for the Autumn Circuit took place this weekend, and while the best players showed their class, there were some surprises also.

Lynx TH continued its dominance of APAC South with another impressive victory – making it the first ever team from the region to win back-to-back Super Regional Playoffs. Favourites MiTH Team 1 came third, and EXO clutched second place. We analysed Lynx’s aggressive Summer Circuit performance ahead of the tournament, and its “YOLO” strategy continues to work wonders.

Elsewhere in the world, Complexity Gaming took home $45,000 for its victory in the North American region after a mammoth nine-game tournament, with Sola Fide pushing it all the way to the final second. By the final game, eight teams were on match point and fighting for victory, creating an exciting match that would come down to a shootout between Sola Fide and Complexity, with the latter winning the matchup to be crowned champions.

Team Cruelty won the South American Autumn Circuit Playoffs with a dominant performance, winning three rounds out of the six played, and netting an impressive 16 kills in its final match.

In the EMEA Super Regional Playoff, Les cités de France won its first major tournament in another eight-round spectacular to announce itself as the champions of Europe and the Middle East.

Since the match point rule was introduced at the Apex Legends Preseason Invitational in Kraków last year – and fans were treated to that infamous 11-round Grand Final – important tournaments have been more exciting than ever. The Apex Legends Global Series Autumn Circuit Playoffs saw three of the five Super Regions fight it out for eight or more rounds, providing excellent value for viewers.

The Winter Circuit begins in January, and competitive Apex Legends looks more exciting than ever.