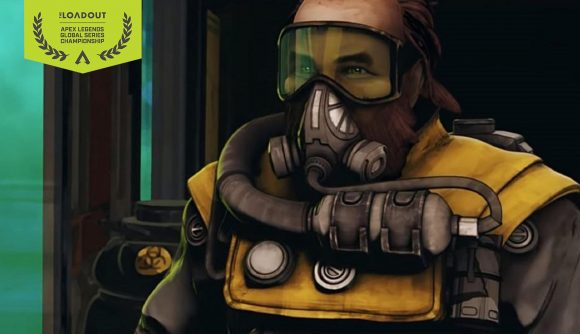 21/06/2021 ALGS commissioner John Nelson says that an investigation found “no evidence” of cheating in the ALGS Championship.

We are 60% of the way through the ALGS Championship Finals, with three regions already having crowned their champions and just EMEA and NA to go. South American winner Paradox Esports gave a rallying message to Apex fans after its victory; “don’t give up on your dreams.” But not every team is entirely happy with the state of online competition.

Every Apex Legends esports player, caster, and fan is looking forward to LAN events when they are safe to run. Obvious reasons for this include better production quality and an electric atmosphere, but players in particular are desperate for the return of LANs to help with competitive integrity. ‘Oatto’, who plays APAC South’s third-placed team at the ALGS Championships, Athaim, believes competitive integrity is compromised in the current online format.

“We have won championships in other gaming titles, so we feel that our skills are just as good on LAN,” he says. “We feel this online event has made some players look better than they really are, due to cheating or fast PCs. At LANs [there is] an even playing field – no hiding cheats in your parent’s house, and seeing your competition face to face. We feel we will be the best on LAN, no problem.”

Athaim’s founder Oluwadamilola ‘Ritehero’ Akinleye confirmed to The Loadout that the team believes that opponents were using aimbots to artificially boost their performance in the tournament. The team did not level any specific allegations, but it strongly believes that LAN competitions would level the playing field.

However, ALGS commissioner John Nelson tells The Loadout that an investigation found “no evidence to suggest that there was any cheating in APAC South or any of the other regional Championship Finals.”

Despite its complaints, Athaim is pleased with its third-place finish in the APAC South tournament. “All of our hard work came to fruition,” Chaiyarit ‘JackCute’ Saijung tells The Loadout. “We stood together through good and bad. Getting third place in a Championship filled with highly skilled players is a huge accomplishment.”

The team was helped to third place by former Overwatch pro and Athaim’s resident Caustic main, Pat ‘NutsuruSama’ Saejew, who took home the Apex Predator prize for the most eliminations in the Finals. NutsuruSama’s expert use of the noxious doctor’s defensive capabilities to hold down positions in the final circles undoubtedly spurred Athaim to its podium finish, and his teammates know the value he brings.

“NutsuruSama has played Caustic since the beginning of the game,” explains JackCute. “He, in my opinion, is the best Caustic in the world. He can be aggressive and defensive, he knows how to block doors with canisters, use canisters as cover and shoot through the gas.”

The kill mvp of the championship , your friendly neighborhood caustic @NutsuruSam4 . Feels good knowing you are the best caustic in the world. We are ready for Lan. pic.twitter.com/Q6u5fO39zw

This may sound like basic stuff, but NutsuruSama was the highest-ranked Caustic in APAC South Championship Finals, taking the severely nerfed character to new levels. In combining his defensive strategies with Valkyrie’s early rotations, Athaim wrought havoc on the ALGS lobby and came away with a spot on the podium.

Athaim’s third-place finish behind regional heavyweights WolfPack Arctic and Tom Yum Kung is a result to be proud of, but the team’s allegations of cheating in the online competition risk overshadowing its impressive performance.