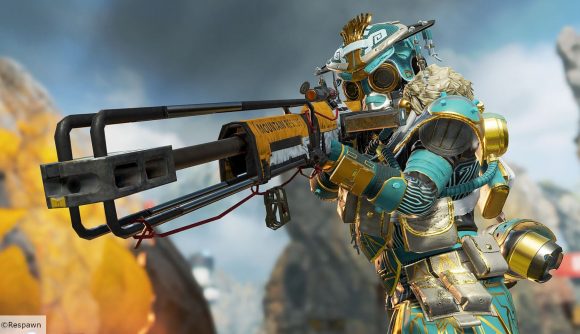 It’s hard to believe that it’s been an entire year since Apex Legends threw its hat into the battle royale ring completely unannounced. It’s almost instant popularity was largely down to some of the biggest names on Twitch, like Michael ‘Shroud’ Grzesiek and Tyler ‘Ninja’ Blevins, streaming gameplay to their large followings.

But just how much of a sensation did Apex Legends become in the streaming world? Well while its initial boom – which is illustrated in this timelapse graph showing the most popular games on Twitch – certainly died down, it has still been a relatively popular title on Twitch. Figures show that as Apex celebrates its first birthday, it has racked up over 354 million hours of watch time (excluding content from other streaming sites like YouTube or Mixer). This impressive stat has made it the the eight most watched category on Twitch, beating the likes of Minecraft, Overwatch, Rainbow Six Siege, and fellow battle royale PUBG.

At the height of its peak in its opening week, Apex achieved a peak viewership across all of Twitch of 666,000 people. This is significantly higher than the peaks achieved by other big releases in the last 12 months, such as Call of Duty: Modern Warfare.

With some of the platforms biggest names having pulled in over 100,000 viewers on some Apex Legends streams, Shroud even went so far as to asking some of his viewers to leave and watch other streamers instead.

While Apex now achieves average viewership of between 15,000 – 20,000, it’s early domination of Twitch has meant that, on paper at least, it can boast an extremely successful first year in the streaming world.

However, Respawn’s battle royale didn’t manage to get near dethroning its main rival in Fortnite, which has had almost three times more hours watched on Twitch than Apex since the latter’s release.

Apex Legends begins its birthday celebrations tonight, January 23, with a special “Devstream” that will give players a first glance at Season 4.