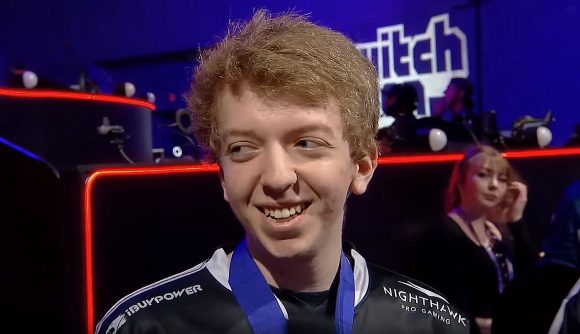 NRG’s Apex Legends pro Coby ‘Dizzy’ Meadows has left the organisation and called time on his competitive career to focus on streaming.

Widely regarded as one of the world’s best Apex Legends players, the 19-year-old’s announcement came as a surprise to many. As well as being successful in the albeit limited and relatively young Apex Legends competitive scene, Dizzy has become hugely popular with fans of the battle royale on Twitch, where he currently has over 700,000 followers. In a statement from Dizzy, he thanked NRG and described the last ten months as a “wild ride” but wanted to start a “new chapter” in his life and focus on streaming full-time.

“I want to start by saying it’s been a wild ride and I am so thankful for everything that has happened to me over the past ten months,” he writes. “These experiences have been life changing… I truly appreciate my NRG family and everything they have done for me. If not for the organisation, my teammates, and my fans I would not be where I am today.”

As well as the potential exposure and revenue being a successful streamer can bring, it is likely that Apex’s slow and disorganised start to life as an esport could have also played a part in Dizzy’s decision.

His now former organisation also showed their appreciation for him, calling Dizzy a “breakout star” who has “helped NRG explode into the Apex scene.”

this year @dizzy became a breakout star. he won the hearts of fans all across the world, and helped NRG explode into the apex scene.

after much consideration, he has decided to take a step back and retire from competitive apex legends.

Dizzy, along with teammates Brandon ‘Ace’ Winn and Marshall ‘Mohr’ Mohr, won the Bounty Teams title for their group at TwitchCon 2019 in September, and has won several other smaller competitive tournaments.

Fresh off the back of his announcement, Dizzy will be broadcasting his “return stream” today, December 11, on Twitch.