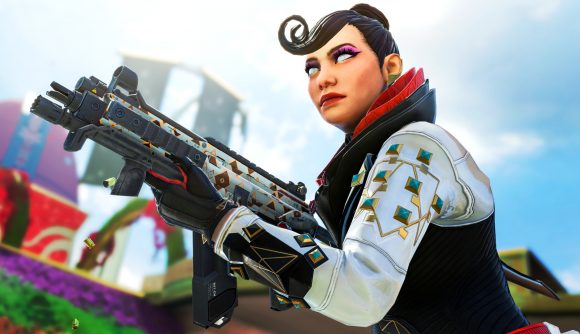 Apex Legends is at its best when you play with friends. A solo queue experience in ranked is not the nicest experience, especially if you play at the top end of the Apex Legends ranks. So, in order to counter the toxic behaviour many complain about online, Respawn is adding a new social feature called Clubs feature for Season 7.

Here players will be able to search for, or create, their own club once they hit level 10. These clubs currently only accommodate 30 members and will include a number of tags such as #RankedOnly or #MicRequired to bring like minded Apex Legends players together with the same goal in mind.

The feature has been in the works since Season 4, according to designer Chad Armstrong, and was born out of Titanfall 2’s Clans feature and the fact that many solo queue players often found themselves playing games with toxic randoms online. Statistics from trios games also suggested, unsurprisingly, that the majority of wins were being taken by “full or partial squads,” giving the design team a clear motivation for bringing this social feature to the battle royale.

While you cannot be a member of more than one club at any given time, the clubs will be cross-platform, allowing you to be a part of a community that goes beyond your standard platform. In a way, the cap on 30 members and the limit to the number of clubs is quite restrictive, but Armstrong says there are reasons for that.

“We found that if the networks got too large, people tuned them out which defeats the point,” he says. “But we will be looking to the community and if they say clubs are something we need to review then we will.”

In addition to that, there will also be limits on what players can name their clubs. The names have to be unique, but follow the terms of service of the game too. They’ll also be checked through EA’s filtration system and reject offensive names, but if any slip past the net, Respawn will be encouraging players to report them to the team.

Although the cap on 30 players seems like a misstep by the development team for its big content creators, the decision to give Apex Legends players a new place in which they can come together and combat toxicity is a step in the right direction.