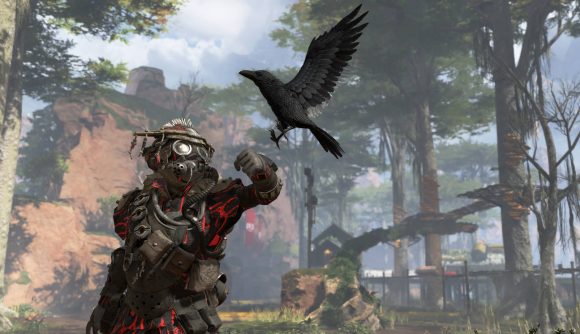 Apex Legends developer Respawn has a penchant for weaving the game’s lore into each season through quests. Such has been the case since Season 5’s “The Broken Ghost”. However, the studio has bucked the trend in Season 10: Emergence, leaving players wondering what would replace them. Yesterday, Respawn announced in a blog post that Apex Chronicles – “bite-sized story events” – are on their way, with the first due to drop today, September 29.

According to Respawn, the first Chronicle is called Old Ways, New Dawn, and will follow Bloodhound “as they try to save an injured prowler and deal with the guilt over their crumbling home world and past failures.”

Each Chronicle comes with its own unique gameplay challenges and experiences, with Old Ways, New Dawn heavily-tied to Bloodhound’s abilities. To stop players from getting distracted on their Apex Legends ranked grind, Respawn has made it so players will have to play Bloodhound in an unranked game to begin the Chronicle.

Respawn says that all of Bloodhound’s challenges that make up the mini-quest will take place on World’s Edge, and are triggered by peeping a white raven – so keep those eyes peeled. The studio also says that quest progress will carry over from game to game, and players are “assigned unique paths to chase”, with the aim of preventing a Bloodhound pile-up.

When it comes to rewards, players will be able to snag Battle Pass Stars for completing each part of Old Ways, New Dawn. Meanwhile, those who complete the Chronicle can earn three Bloodhound-themed Apex packs. It looks like it’s time to learn how to play Bloodhound, eh?