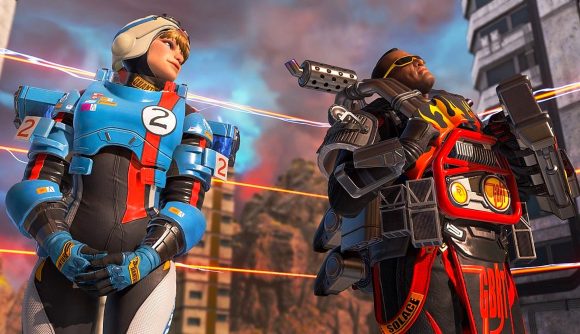 Over the last 24 hours, the Apex Legends community has come to a head over what seemingly appeared to be an incorrect player ban following a report by a prominent streamer.

Reddit user ‘KongoBoom’ posted to the Apex Legends subreddit on October 21 decrying Respawn for banning him after being matched with a cheater who was terrorising prominent streamers. The original post has now been removed (you’ll see why soon) but it was titled: “Killing streamers got me banned” – and it gained a lot of traction.

The story goes that NRG’s popular streamer ‘LuLuLovely’ was killed by a blatantly cheating Gibraltar player. As a result, she reported the incident to a member of the Apex Legends security team, along with video evidence. While the Gibraltar was quite clearly in the wrong and was of course banned, his Bloodhound teammate, KongoBoom, was also shown in the video and subsequently banned as well.

KongoBoom then posted about his experience on the Apex subreddit, criticising Respawn, and then the whole situation went a little nuts.

Many in the community believed that special treatment towards popular Apex creators was at fault for KongoBoom getting banned. However, it quickly became clear that LuLuLovely didn’t text a member of the security team as was suggested by some – she went through a publicly open Discord channel used for reporting in-game behaviour.

Nevertheless, the hate and toxicity towards LuLuLovely grew to the point where she was receiving death threats from some outraged Apex Legends players.

And lastly some of y’all really need to go to therapy if you’re going to show THAT much hatred, harassment and misogyny over this.

LuLuLovely later apologised to the Bloodhound player, who has now reciprocated by removing his initial post and condemning those sending hate to the streamer.

“I did not expect that it would get this far, that people would threaten to kill for the sake of a game,” the Reddit post now reads. “This is just a game and we get upset sometimes, but it’s still a game I don’t want my account to get unbanned anymore if this will cause murder. For those who were sending death threats to LuLu! You sick people need some counselling. I’m sorry LuLu. You don’t deserve that. I stand by you.”

However, Respawn has now publicly confirmed that KongoBoom’s ban will still stand as the player apparently has a history of ban evasion and also appears to have “multiple other banned accounts.”

Regarding today’s Reddit thread from a banned Bloodhound player:

We stand by the ban.

While hundreds are banned from Apex Legends daily, to see a single players’ ban blow up to the point the developer has to publicly justify it is pretty remarkable.

The vast amount of abuse being sent towards both LuLuLovely and the Apex team is also a dark moment for the community. While almost every game developer out there makes decisions that don’t resonate with the player base, the level of toxicity this issue caused is on a massive scale.

I need a brain cell transfer after today. The amount of low IQ individuals I’ve had the displeasure of interreacting with today is staggering. To those with high IQs, thank you for all the support and actually understanding the situation. Will be streaming tomorrow 🙂

LuLuLovely confirms that while she had had a pretty rough day dealing with “low IQ individuals,” she would be returning to streaming Apex Legends today, October 23.

The NRG streamer has over half a million followers on Twitch and her streams frequently attract over 3,000 viewers.