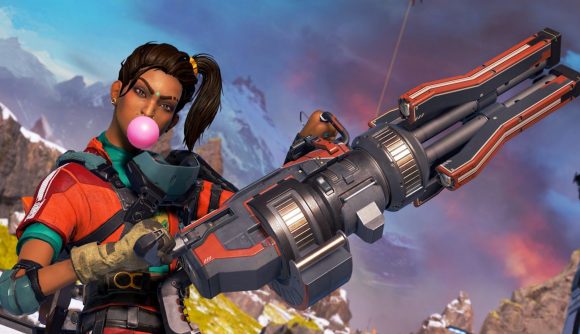 Leo Matlock doesn’t like the phrase “tournament organiser,” but he’s the first to admit that he hasn’t been able to come up with a better name for the role that BLAST plays in the esports scene. As BLAST’s VP of commercial and one of the leads on its entrance into Apex Legends esports, he’s going to hear the term a lot more in the coming months.

He doesn’t like the term because it feels reductive. BLAST isn’t just organising BLAST Titans, it’s also finding talent, creating a unique format, and aiming for a top-quality production. While he believes that BLAST’s experience of creating broadcasts with high production value is a particularly prominent feather in its cap, his primary focus is on the competition, and ensuring that players can perform to the best of their abilities within the format that BLAST creates.

“We want BLAST Titans to be competitive-led,” Matlock tells The Loadout exclusively. “Predominantly, we think a lot of the growth in Apex Legends – and generally in esports – does actually come from competitive-led tournaments. Tournaments grow engagement, viewership, aspiration, and create amazing moments and amazing experiences.”

He doesn’t see BLAST Titans as a competitor to the Apex Legends Global Series – EA’s premier Apex Legends esports league. He does however believe that the excitement surrounding the ALGS this year is part of the reason BLAST wants a slice of the Apex pie.

“We’re huge fans of what we watch, if we weren’t fans of the product that we’re seeing on screen, we wouldn’t be organising a tournament,” he explains. “But we’ve not created everything to mirror [the ALGS], because that’s already being done. And we’ve not created this just to be different, because we can add that BLAST factor to build on [what’s already out there].” 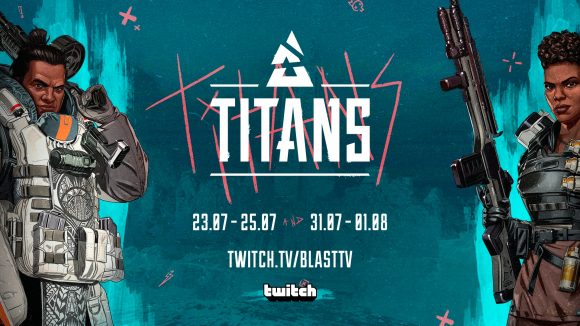 The BLAST factor is a mix of experience, technology, and quality broadcasts, Matlock explains. He hopes that future BLAST Apex Legends tournaments will be possible in 2022 and beyond, but they may take very different forms from the inaugural BLAST Titans double-weekender. The possibility of LANs is floated – after all, LANs are BLAST’s domain – but again, a lot depends on the success of this first foray.

Matlock says that BLAST will listen to the fan reception of the initial tournament, and that feedback could influence potential future competitions. But for now, he is focused on creating a high-quality broadcast and telling the stories of Apex Legends tournaments better than ever before.

“What we’re trying to do is build on what [the ALGS does] and focus more on winning moments,” Matlock says. “Some of that will also come through in our production set up, and the quality, technology, care, and attention we put into that.

“We’re not just building formats around winning moments, but also capturing the content. Can we get the best angles, can we show them again? Can we do the replays? Can we tell the story about why this matters? Because esports matters. And moments within them can be incredibly special and impactful.”

Battling it out LIVE on Twitch for a €40,000 prize pool over two weekends!#BLASTTitans | https://t.co/ZA9Wj3NrSd pic.twitter.com/q3ATpTQ2h0

Matlock is aware that no singular aspect of Apex Legends esports is the golden ticket to creating an exciting tournament. But he believes his “holistic approach” to building an innovative format and quality broadcast from the ground up will resonate with fans and create special moments for all those watching, and for all those involved.