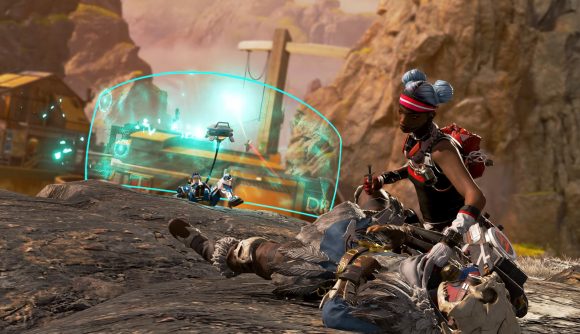 Two weeks after the culmination of the GLL Masters Spring Apex Legends tournament, EU winner Avangard has had its title taken away because two of its players violated the GLL rules. The players in question are Nikita ‘Diffauss’ Gainitdinov and Igor ‘G0_Zh’ Zhukov, who GLL found have several banned game accounts in Apex Legends.

Many people are assuming that Avangard players were banned for cheating, but Apex Legends’ reporting options also include toxicity and abuse, so it is currently unknown exactly why the players were banned. However, the banned accounts themselves are in breach of the GLL rules, as the tournament organiser’s investigation found that the players “have several banned game accounts on Apex Legends in the last year,” suggesting recent bad behaviour.

GLL reiterated its rules in a statement posted to Twitter, explaining the rule in full: “Players with Apex Legends bans on any accounts within two (2) years are not eligible to compete in any of the tournaments hosted by GLL.” The tournament organiser’s post-tournament investigation found the Avangard players had broken this rule, and the team was therefore disqualified.

However, players are disappointed that such checks weren’t performed before the event, and Avangard’s banned accounts have only come to light two weeks after the event. TSM’s Phillip ‘ImperialHal’ Dosen suggests that the delayed reaction impacted the competitive integrity of the tournament, and regular ALGS caster Laurice ‘GuhRL’ Habibi states her annoyance that one team missed out on the NA v EU Show Match, which the top ten placing teams in each region qualified for.

Third Impact was the team who just missed the cut, but the team has not yet commented on the matter.

The Loadout has contacted GLL for further comment on the investigation.