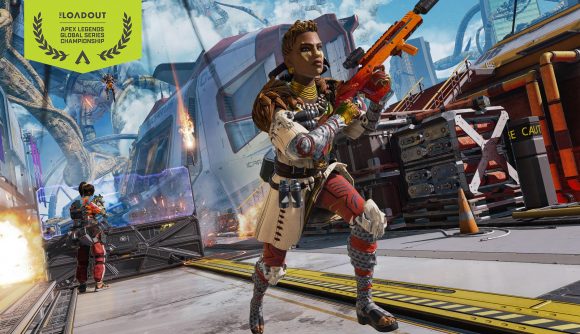 The first weekend of the ALGS Championship saw South America, APAC North, and APAC South in action with the first two matches of the group stages. With plenty of big-name teams in action, and the prize pool rising every minute to a potential $3 million, fans and players alike were excited for the tournament to finally begin.

With some of the most successful teams in the world taking to the field, the eyes of Apex Legends esports fans were drawn to the weekend’s action broadcast live on Twitch and YouTube – although not on the official PlayApex channel, which remains strangely dedicated to NA and EMEA play only. Players from those regions also tuned into the APAC and SA matches, however, in order to see how competitive the tournament looked, and how their rivals were utilising new legends or strategies.

The initial matches showed us what’s in store for the month-long celebration of Apex Legends esports, including the teams to watch, highlighting a few unexpected frontrunners, and giving us a glance at the emerging Championship meta.

Here’s what went down over the tournament’s first weekend:

Consistency is key – or is it?

SA team Paradox was completely dominant, especially on day one of the tournament. Group C’s outstanding performer won four rounds in a row to establish a big lead at the top of the overall standings, with Group B’s top seed Singularity also achieving consistent high-placed finishes to finish day one in third place.

However, Antisocial Aimers had a more torrid time, placing second on the first day, but languished in 18th place with only a handful of kills on Sunday. This still puts the team in third place overall, but this will likely change when groups A and B have played their match in hand.

Fan favourites Crazy Raccoon suffered a similar story in APAC North, as the Japanese team finished day one on top of the pile, but started day two with three abysmal finishes. Its fortunes changed in the second half of day two, however, as Crazy Raccoon pulled out a huge 14-kill win to put them back in the running. Another first place finish in the last round of the day sealed Crazy Raccoon’s place at the top of the overall leaderboard.

Ryze Empire was somewhat of a surprise package in APAC South, with former Valor Esports pair Tung-Wei ‘JieLun’ Chuang and ‘BeiBei’ leading the team to the top of the leaderboard with plenty of kills to their names. The team seemed to go under the radar in the build-up to the competition, and it remains to be seen whether the Taiwanese team can keep its place at the top of APAC South.

With the match point format not coming into play until the later rounds of the competition, consistent top 10 placements are a safe way to solidify your spot on your respective region’s leaderboard. However, the first weekend goes to show that no poor run of form is permanent, and a couple of big wins can skyrocket a team back into the running. 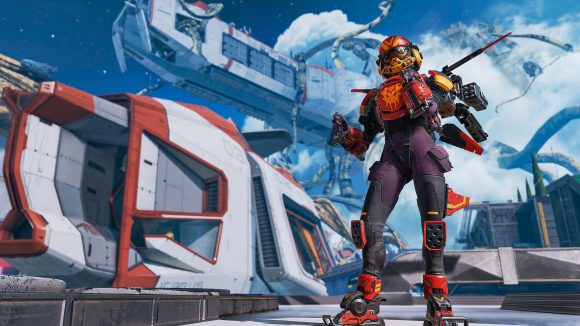 To Valk or not to Valk

We expected to see a lot of Valkyrie at the Championships, but teams have been tentative to try the new legend over the first weekend. We saw a couple of teams utilise the Valkyrie’s Skyward ultimate ability (usually combined with Gibraltar’s Dome Shield, as EU team Nessy told The Loadout it likes to utilise) to swiftly reposition, but the risk of being shot out of the air is high, especially in the skilled Championship lobbies.

APAC North’s T1 is renowned for being an edge team, and this was tested on day two of the group stages. The Korean team’s preferred landing spot is near Bloodhound’s Trials, in the northwest of the map, and the many of the day’s final circles converged in the far south of the map, near Launch Site and Lava City.

English-language broadcaster Hector ‘Dazs’ Felix wondered whether Valkyrie would aid the team’s long rotation, but T1 managed without, winning game three despite one such mammoth trek to the final circle.

Whether T1 and the wider APAC regions’ reluctance to pick Valk will be reflected when EMEA and NA come to play remains to be seen, but complaints about low-quality scrims in the regions only muddies the waters of what teams have planned. 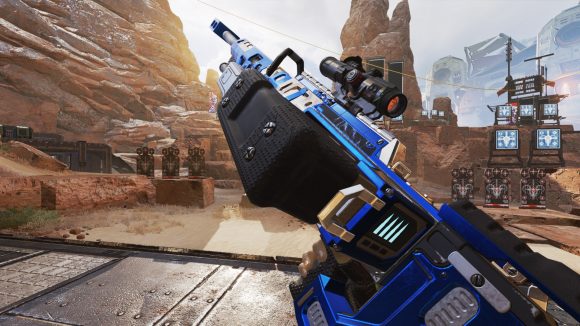 The Longbow saw a lot of action and was highly effective in the hands of seasoned professionals, but the biggest surprise was the lack of Apex Legends’ Bocek Bow – the latest addition to legends’ arsenal, and one that was incredibly overpowered until a recent nerf. Few players carried the silent killer, and those who did proved largely ineffective.

Otherwise, weapons were a standard affair. The Spitfire (one of the best options on our Apex Legends weapons tier list) remains a top choice, along with the R-301, R-99, and Volt SMG. As for shotguns, lobbies seemed split between the Mastiff and the EVA-8, but most teams toted at least one of the two.

A special shoutout goes to GTS black’s Kudo ‘AvadoN’ Kyosuke, who not only consistently played Caustic despite the scientist’s multiple nerfs, but also carried a 30-30 Repeater into a close-ranged gunfight. We didn’t spot if he’d managed to attach the Shatter Caps hop-up, but it was a bold play either way. 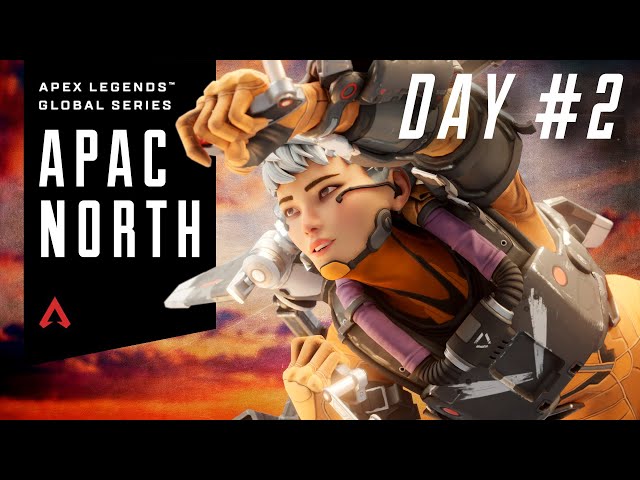 If we’re talking about individual performances, however, we have to end on Reignite North’s Masaki ‘788’ Tamanaha, who decided to pick his team up by the scruff of its neck and reeled off over 3,500 damage in a single game – which is practically unheard of in an ALGS tournament – with help from his trusty Kraber.