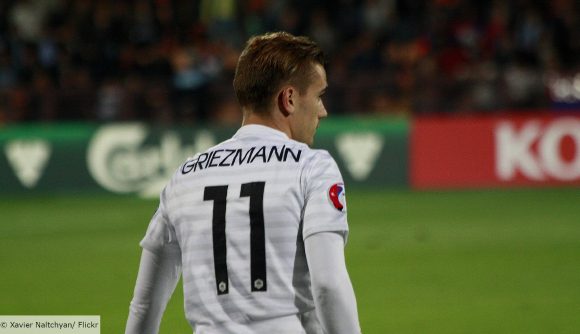 Barcelona star Antoine Griezmann has become the latest footballer to get himself into esports after launching Grizi Esports alongside his brother, Theo.

While Grizi appears to be a joint venture between the two brothers, it will be managed by Theo, who is a big fan of esports and has even recently competed at a Rainbow Six Siege LAN event with French amateur side Team ToutDoux. Theo is also a Twitch-verified streamer with over 25,000 followers.

Grizi are now on a recruitment drive and looking for competitors in a number of top tier esports such as League of Legends, Fortnite, CS:GO, Rainbow Six Siege, and FIFA. Griezmann joins an ever-growing list of professional footballers, both active and retired, to have started their own esports organisations, but these are often limited to titles like FIFA and Pro Evolution Soccer. The Griezmann brothers appear to be slightly more ambitious and want Grizi to make a name for itself across multiple esports titles.

Other footballers to have delved into the world of esports include Leicester City’s Premier League-winning defender Christian Fuchs with NoFuchsGiven, Arsenal star Mesut Ozil with M10 Esports, and the legendary former Netherlands international Ruud Gullit with Team Gullit, which recently won its first major title in FIFA 20.

While it is the latest in a long line of teams created by professional footballers, Grizi stands out for wanting to dive straight into so many titles straight from the get go.

With a family partnership featuring one esports-savvy and one very well-paid brother, it’s got all the initial boxes ticked to becoming a successful organisation.