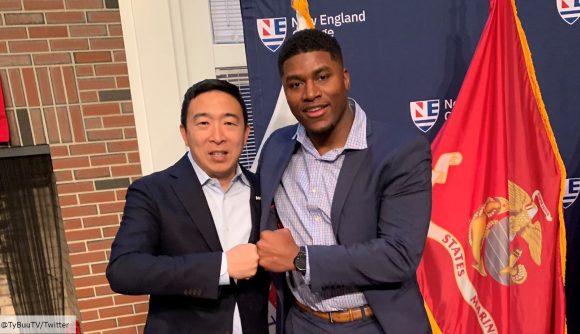 Yang, a tech-focused entrepreneur, has been pretty vocal on issues affecting the games industry in recent weeks, speaking to The Washington Post about the problem of lootboxes, the Blitzchung ban, and more, but it looks like he’s trying to understand the collegiate esports system too.

Meeting with Tyrelle Appleton, the first Gears of War player in the United States to formally partner with Major League Gaming, Yang asked questions about esports and gaming influence in the impomptu meeting during his campaign campaign last week.

“It was an honour to meet Andrew Yang,” Appleton tweeted. “I really appreciate him for taking the time to talk about esports. His message was funny, transparent, and insightful.”

It was an honor to meet @AndrewYang. I️ really appreciate him for taking the time to talk about esports. His message was funny, transparent and insightful. I wish him continued success and the best of luck on his presidential campaign. The #YangGang came through with MATH hats! pic.twitter.com/9LowEAg9EH

A although it seems Appleton only got to speak to the presidential hopeful for a short time, he’s clearly had an impact on the NEC man. And with Yang clearly committed to the tech and games industry, esports might well have an ally in the White House in the near future.