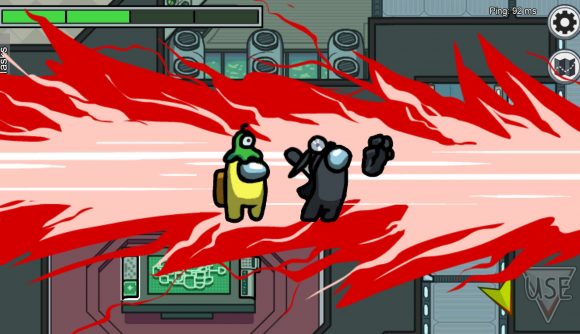 It has been an incredible year for InnerSloth. The studio’s brainchild, Among Us, blew up dramatically over the course of the summer, and is now one of the most watched games on Twitch. While we all know how popular the title is in the streamersphere, what we didn’t quite know was the full extent to which the game is played. Well, according to SuperData, it’s a lot.

In a games market update published last week, the market intelligence firm reveals that Among Us had a mind-bending half a billion monthly users in November. And these aren’t just dormant accounts – these are active users. This revelation, the report states, now makes Among Us “by far the most popular game ever in terms of monthly players.”

However, when compared to other heavy hitters such as World of Warcraft and Garena Free Fire in terms of gross revenue, Among Us didn’t make the top ten in neither PC nor mobile categories. SuperData attributes this to the lack of monetisation within the game, the fact that it’s completely free on mobile, and its more than modest $5 price tag on PC.

You would be forgiven for thinking that the PC version of Among Us – the preferred platform for the game’s biggest streamers such as Imane ‘Pokimane’ Anys and ‘Sykkuno’ – accounts for a big chunk of monthly players. The report shows us otherwise, however, with PC players only accounting for a miniscule 3% of the total player base.

December has already been a mega month for InnerSloth, what with Among Us sneaking its way onto the Nintendo Switch – just in time for the recently announced new airship map which drops in early 2021. Among Us was also awarded the accolade for best multiplayer game at The Game Awards this year. One may call it a fairy tale ending for InnerSloth after a remarkable year, though it’s clear that the team is only looking to continue pushing the game forward.