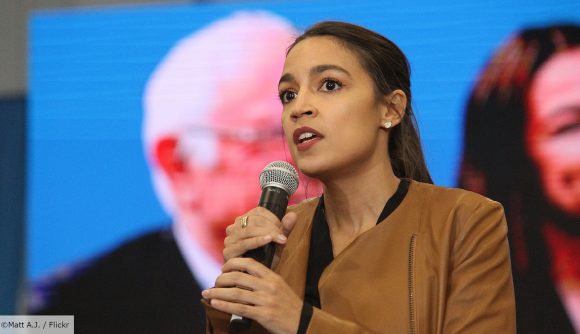 Ahead of the US Election next month, Democratic congresswoman Alexandria Ocasio-Cortez has devised an interesting strategy to convince young people to vote: become a Twitch streamer.

Ocasio-Cortez tweeted out on October 19 in search of people to play Among Us with her for what would be her first ever Twitch stream. As you can expect, she was inundated with applications in the comments, and it seems as if two of Twitch’s biggest streamers have landed a spot on the Among Us stream. Both Imane ‘Pokimane’ Anys and Hasan ‘Hasan’ Piker received replies from the congresswoman.

In preparation for the star-studded Among Us stream, Ocasio-Cortez created a Twitch account. While it takes most new creators years to even get near to Twitch Partner status, AOC’s channel managed to achieve it in less than an hour. At the time of writing, which is around 14 hours on from when she created her channel, AOC has over 170,000 followers.

Ocasio-Cortez’s debut Twitch stream is slated to take place tonight after she spent most of yesterday putting together her streaming setup and having a few practice runs. Expect a big crowd tuning in.

Anyone want to play Among Us with me on Twitch to get out the vote? (I’ve never played but it looks like a lot of fun)

Let’s do it! I’ll set up and account and get some streaming equipment today

AOC’s first two picks for guests on her debut stream come as no surprise. Pokimane boasts a massive following on Twitch and Hasan is arguably the platform’s leading political streamer.

While this might be AOC’s first foray into streaming, she is definitely no stranger to gaming. The 31-year-old is a huge fan of League of Legends and earlier this year revealed she had hit Silver 3 in the LoL ranks.

Outside of the United States, other politicians have also made some Twitch appearances in the build up to important elections. Last month, New Zealand’s Prime Minister Jacinda Arden made a cameo on Dayton ‘Broxh’ Taputu’s livestream during her reelection campaign.