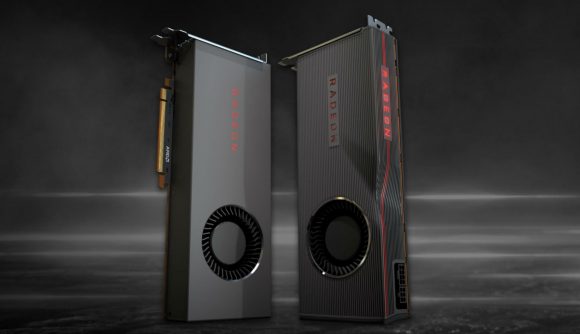 If you want better FPS in all the latest esports titles, AMD has got news for you. The tech company announced earlier today that the Radeon RX 5500-series of graphic cards will change the GPU market, promising big improvements on some of the latest releases.

The cards, which will be replacing the Polaris series in the market, will apparently provide a large performance boost for competitive games such as Apex Legends and Rainbow Six Siege. In fact, AMD promised  that you’ll actually see 60+ FPS in some of the biggest AAA games and 90+ FPS in competitive titles, during the keynote earlier today.

Based on AMD’s stats, the Radeon RX 5500-series should outperform the RX 480 and Nvidia’s GTX 1650 cards with ease on some pretty demanding games, and we’re here for it.

In Gears 5 for example, AMD boasts that the RX 5500 will deliver 92 FPS, compared to Radeon RX 480’s 79 FPS and the GTX 1650’s 61 FPS on the same title. The cards apparently also outperform the GeForce GTX 1650 on Fortnite, Apex Legends, PUBG, World of Warcraft, Overwatch, and Rainbow Six Siege. 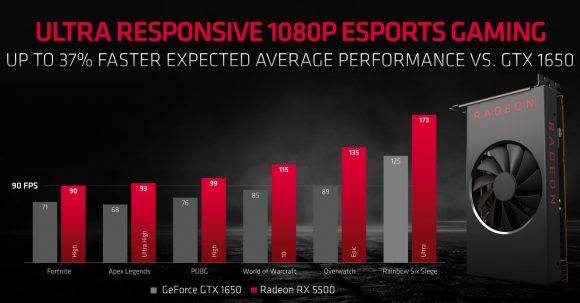 As our sister site PCGamesN has rightly pointed out, we don’t know much more about the cards at this point, nor do we know what price they will be retailed at. The keynote compares the RX 5500-series cards to the GTX 1650 a lot, which is a $150 card, so presumably, AMD’s attempt to shake the GPU market up will have those with a tighter budget in mind.