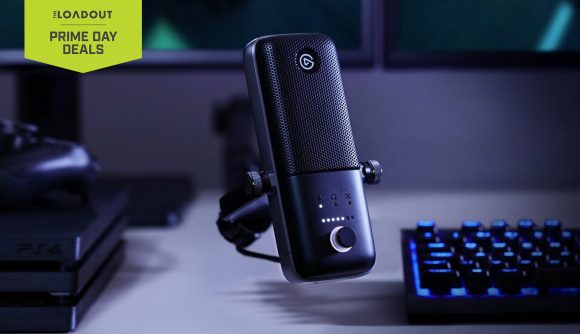 Having a proper microphone makes all the difference when you're streaming on Twitch, but finding one that's well priced can be quite the chore. Luckily for you, Elgato has slashed the prices of its impressive Wave USB microphones for Amazon Prime Day.

Elgato has two different USB microphones: the Wave:1 and the Wave:3. Both are condenser microphones with tight cardioid polar patterns to help capture speech with clarity and precision, but the Wave:3 has a higher max sample rate and a few extra features, like capacitive mute.

Both microphones make use of the Wave Link, software created by the company that allows you to tweak and mix your audio at will. It's one of the better mixer programs out there, allowing you to manage up to nine independent audio sources from things like game audio, music, and alerts, in real time.

The microphones are quite popular among the streaming community, which is why it’s so rare to see them on offer. So, if you’ve had your eye on one for a while, you might want to pull the trigger now.

These deals are only valid for Amazon Prime members, so if you haven’t signed up, pick up a 30-day trial right here. This’ll give you access to these banging deals, free delivery, and things like Prime Music and Video.