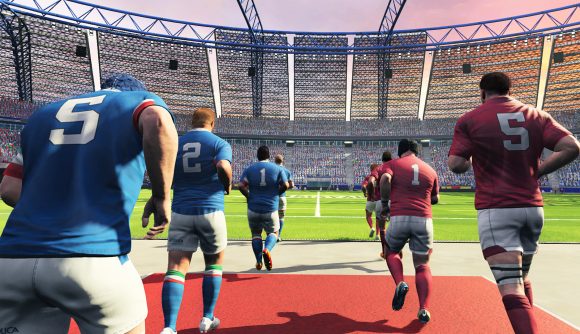 If you ask any prominent egg chaser what their favourite rugby game is, they’ll say Jonah Lomu 1995 without a doubt. The truth is rugby hasn’t had a decent rugby game in years, and it’s something that Agustin Pichot, an old Argentina international, wants to change.

The former scrum-half is running to be the next chairman of World Rugby and he’s designed a six-point plan. Usually we wouldn’t report on this sort of thing, but one of his points involves getting the youngsters on board with esports. Pichot reckons rugby hasn’t embraced the world of new technology and deserves to have a flagship title like FIFA does for football or Madden does for American football.

“Rugby is old-fashioned in terms of technology,” Pichot tells the Mail Online. “I see my kids today and realise importance of esports for the new generations. They play Fortnite, League of Legends, FIFA. All of the established sports markets are connected with digital games and that is a huge means of attracting a younger audience.

“Rugby hasn’t had decent game since Jonah Lomu Rugby in 1995, so that would be part of the remit for a dedicated World Rugby innovation department. You need to think about how you approach the modern fan Young boys and girls – it’s not rocket science.”

Rugby fans haven’t had a lot of choice over the years. EA Sports has produced a couple of games, but its last entry was Rugby 08 and it didn’t feature any of the online fantasy leagues that FIFA has nowadays.

There are more modern games, such as Rugby 15 or Rugby 20, but they leave a lot to be desired and their competitive scene is non-existent. So, Pichot has a point.

And although both the FIFA and the Madden esports scenes still have a lot to learn, they are already one step ahead of rugby.