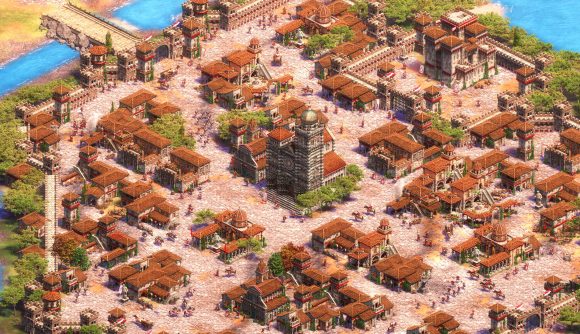 En route to the final, Hera took down some of the game’s best players, including Kai ‘Liereyy’ Kallinger and Roberto ‘TaToh’ Jiménez. Most impressively, Hera took down three-time Hidden Cup champion Ørjan ‘TheViper’ Larsen in a gripping seven game semi-final set – TheViper is regarded by many as the greatest player of all time.

JorDan_AoE, meanwhile, had only returned to competitive Age of Empires last year, after going on hiatus upon the launch of the game’s Definitive Edition. Indeed, for the German to push through to the final of his first major tournament in over a year is a remarkable feat in itself. Unfortunately, the player fell 4-1 on maps to a prolific Hera during the finale.

As its name implies, Hidden Cup participants have their identities masked until after the final game is played, represented instead by one of the game’s historical persons (or objects) of interest. As such, one of the major draws of this fascinating format is the sheer amount of guesswork and speculation from Twitch chat in trying to figure out who is who.

The event’s initial $60,000 prize pool was funded by Microsoft itself, with $1 added for every Twitch Prime subscription to Tristan ‘T90Official’ Berry who hosted the event.

I’m overwhelmed with gratitude. Every time I think we hit the ceiling you guys make it happen. What a community.

AoE2 was “dead” when I fell in love with it. Now look! Your support is crazy. Very proud & exhausted right now.

The Age of Empires 2 community has continued to grow year on year. With Hidden Cup 4 setting a new record for the event with a whopping 65,000 peak viewership, it is an exciting time for fans of the iconic strategy game.