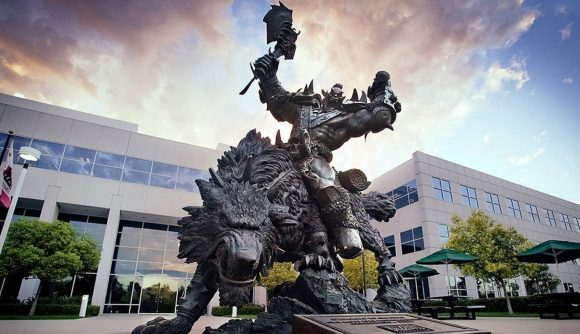 The state of California has filed an amendment in its ongoing lawsuit against Activision Blizzard which expands the scope of the lawsuit to include temporary workers and contractors. While the initial lawsuit focused solely on full-time female employees that had been negatively impacted by the company’s toxic workplace culture, it will now also represent those who worked for Activision Blizzard on a temporary basis.

As reported by Axios, the amendment redefines the group represented by California, and the word “employees” has now been changed to “workers”. This means that temporary workers such as QA testers and customer service personnel will now be represented.

There have been multiple reports in recent weeks surrounding the treatment of temporary and contract workers at Activision Blizzard. Axios says that it has heard allegations that “paint a picture of brutal overtime paired with little pay”, with one worker claiming “we are overworked and underpaid across the board.” Polygon also details the claims of several QA and customer service workers, which range from long work hours during crunch periods to “a power imbalance between full-time employees and contract workers”.

As well as expanding the scope of the lawsuit, California has also added an eleventh cause of action to its case against Activision Blizzard for “failure to maintain and produce records”.

The Department of Fair Employment and Housing in California, whose two-year investigation led to the initial lawsuit earlier this year, claims that Activision Blizzard has “refused to produce documents regarding complaints and investigations of discrimination and harassment” and also alleges that some in its HR department have “shredded” important documents.

As well as the state of California’s case, Activision Blizzard is also facing a separate lawsuit from its investors for misleading them in regards to the toxic culture that was uncovered by the DFEH.