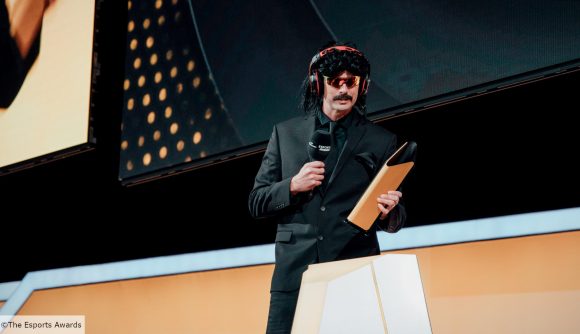 Tuxedos, ball gowns, lots of champagne, and the biggest names in esports and streaming are all thrown under one roof once a year for the annual Esports Awards.

This year’s awards took place over the weekend (November 16) and there were several significant names scooping up awards. The event honours the best players, teams, coaches, streamers, photographers, and more for their hard work and successes in 2019.

In the ‘Streamer of the Year’ category, Guy ‘Dr DisRespect’ Beahm won for the second time after previously scooping the prize in 2017. He can certainly claim to be the ‘Two-Time Champion’ of something now. Elsewhere, 16-year-old Fortnite player Kyle ‘Bugha’ Giersdorf won both ‘PC Rookie’ and ‘PC Player of the Year’ after he won the Fortnite World Cup Solos competition back in July. Team Liquid were awarded ‘Esports Organisation of the Year’ after a successful year in titles such as CS:GO, Rainbow Six Siege, and Dota 2, while G2 Esports’ League of Legends roster were awarded the ‘Team of the Year’ award.

The full list of award winners can be found below.

Give em love with your Streamer of the Year, the now 2 time Esports Awards winner @drdisrespect#esportsawards pic.twitter.com/OeM7aR1nQn